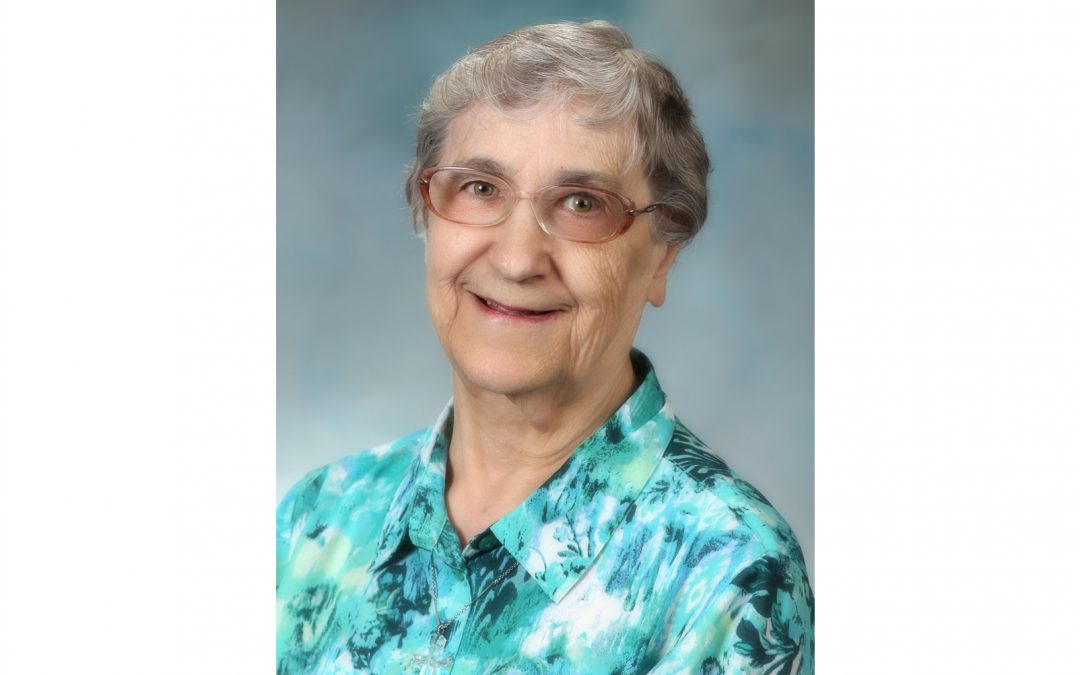 “You have been told … what is good, and what the Lord requires of you: Only to do the right and to love goodness, and to walk humbly with your God.” Micah 6:8

Sister Jane Albert Mehrens believed that loving one’s neighbor—especially the poor and needy—was a scriptural imperative deeply rooted in the nature of a just and caring God. She responded by living out her favorite bible verse, Micah 6:8, which encouraged her to do the right and to love goodness, and to walk humbly with her God. Sister was a beloved teacher and leader, who was once described as a “Jiminy Cricket” who encouraged people toward excellence and service. More than anything, she was a tireless advocate for the poor, the needy, the oppressed, and the homeless.

Sister Jane Albert, 84, transitioned to eternal life on Oct. 10, 2020. An SCL for 64 years, she served as a talented and versatile school teacher before giving her dynamic creative energies to social services.

Sharon Mehrens was born on Aug. 10, 1936, in Butte, Mont., the second of four children of Albert J. and Jane (Harry) Mehrens. Her father, a city councilman, influenced her interest in public service and social concern. She attended Immaculate Conception Grade School and Girls’ Central High School in Butte, where she was taught by SCL Sisters, before pursuing an education degree at Saint Mary College, Leavenworth. Sharon entered the SCL Community on Aug. 19, 1955, and professed vows as Sister Jane Albert on Aug. 22, 1957.

Sister Jane Albert taught in elementary and secondary schools for 32 years in Missouri, Colorado, Kansas, and Montana, and also served as a school principal. She taught a variety of subjects and coached team sports, while also encouraging student involvement in community service and social justice. She left education in 1989 to pursue social ministry, which changed her life in profound ways. She became the director of Catholic Social Services (later Catholic Community Services), an emergency assistance agency in Leavenworth, Kan., which she served with distinction for 10 years. During these years, she founded several transitional housing sites for the homeless. One of these, Reveille House, received a national award for innovative collaboration with the City of Leavenworth and the Veteran’s Administration. Prior to her resignation, in Jan. 2000, the Kansas Senate paid tribute to her service to the poor and the homeless.

After resigning, she went to Denver to care for her ailing mother. After her mother’s death, in July 2001, she worked briefly as a case manager for Catholic Charities in Denver, Colo., under a former student she coached in school. In 2002, she returned to Leavenworth to serve as the outreach coordinator for the Alliance Against Family Violence, a shelter for abused women and children. Her work with abuse victims was painful for her to witness, but it became her most rewarding and fulfilling assignment. In 2003, her leadership and fundraising prowess enabled the Alliance to open a needed sexual assault center in 2003. When grant monies later dwindled, she continued to serve as a volunteer. She said the Alliance was her “heart and soul,” and she gave all she had to combat domestic violence. For her, “the poor” and “the needy” were not abstract identifiers. She knew intimately those she served—she knew their stories and their struggles. She helped them understand, despite their travails, that they, too, were made in God’s image.

In 2015, she retired and went to California to help her brother, Bill, whose wife suffered from Alzheimer’s disease, before finally moving back to Leavenworth. Her life was spent in constant service to others and to family, even keeping in intimate contact with over 50 nieces and nephews in her final years.

Preceding Sister Jane Albert in death were her parents and one older brother, William (Bill) Mehrens. Survivors include her brother, Ron Mehrens, and a sister, Linda Dennehy, and nieces, nephews, and cousins, and the SCL Community.