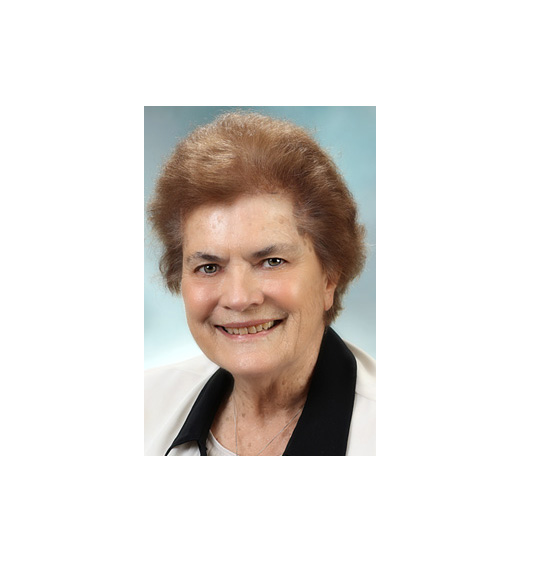 “There is real joy in being called to live a selfless life.” – Sister Bernadette Marie Teasdale

Sister Bernadette Marie Teasdale was known for her vivacious spirit and highly-extroverted nature. A colleague once called her, “the warmest, most supportive person you could ever find.” Yet, this open and engaging Sister, who enjoyed cooking, visiting Ireland, and rubbing shoulders with political operatives on her brother Joseph’s political campaigns for Missouri governor (he won in 1976), was also powerfully transformed by the quiet practice of contemplative prayer. After having served as a high school teacher, college instructor, administrator, and spiritual formation minister, Sister’s new dawn came with her death on the morning of Nov. 5, 2020, at St. Luke’s Hospital in Kansas City, Mo. She was 86 years old and an SCL for 65 years.

Mary Martha Teasdale was born on April 9, 1934, in Kansas City, Mo., the oldest of four children of William B. and Adah M. (Downey) Teasdale. She inherited a strong Irish and English Catholic heritage. Her father, a notable attorney, was past president of the St. Vincent de Paul Society at their local parish. She attended Saint Elizabeth’s Grade School and Bishop Hogan High School in Kansas City, Mo., before graduating with high honors with an economics degree at Fontbonne College (now University) in St. Louis, Mo. Soon after, Mary entered the SCL Community on Aug. 19, 1955. She professed vows as Sister Bernadette Marie on Aug. 22, 1957. In early 1966, she received a graduate degree in guidance and counseling from Catholic University in Washington, D.C.

Sister Bernadette Marie taught high school students in Montana and Nebraska, before transitioning in 1966 to Saint Mary College (now University), where she was asked to set up the counseling and placement office, and also serve as an instructor in education. Four years later, she moved to the school’s development office and later served as director of public relations. Sensing a call to adult faith formation, she obtained a master’s degree in theological studies from Weston School of Theology in Cambridge, Mass. It was here that she first learned about centering prayer. After graduating in 1983, she served in various roles for the Denver Archdiocese, most notably as the associate director of RENEW, which focused on adult spiritual formation and lay leadership development.

In 1986, Sister Bernadette Marie was asked by the archdiocese to serve as the coordinator of Contemplative Outreach, where she developed a 25-year collaboration with Father Thomas Keating, a Trappist monk who suggested her for the position. Keating was one of the chief architects of centering prayer, a contemplative prayer method that drew on ancient Christian traditions. Their talents dovetailed: his as a leading writer and thinker, and hers as an organizer, curriculum developer, teacher, and promoter. Over time, their work with centering prayer greatly expanded and was influential among many Catholic parishes throughout the country. She felt that all her prior positions had coalesced into this role, and it became the most important and meaningful work of her life. Reflecting on her ministry, she once said, “There is real joy in being called to live a selfless life.”

In 2011, she announced her retirement and took time to be with family, while pursuing additional studies in spiritual direction and continuing to mentor adults in faith formation.

Preceding Sister Bernadette Marie in death were her parents; a brother, former Missouri governor Joseph Teasdale; and a sister, Maureen Galey. Survivors include her sister, Ginny Keenan (Bill), and several nieces, nephews, and cousins, and the SCL Community.