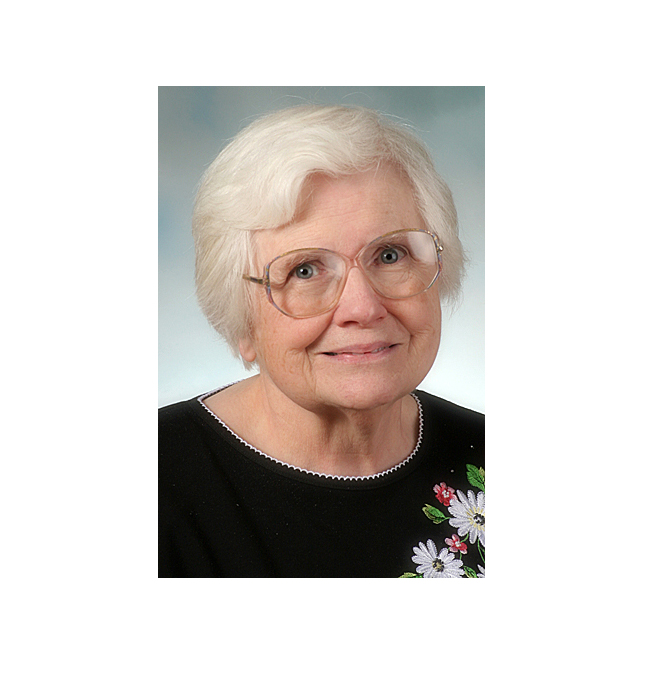 “We have to be God’s hands. We have to revere each person as someone
special, created by God and loved by God. Each person has the spark of
the divine in them, and we have to find it.” – Sister Maureen Craig

Sister Maureen Craig, 88, a Sister of Charity of Leavenworth (SCL) for 69 years, died on June 14, 2022, in Ross Hall at the SCL Mother House, Leavenworth, Kansas.

Sister Maureen Craig often referred to herself as an “Okie out of Arkie” (a nod to her home state and birth state), but those who knew her remembered her in a myriad of ways: an excellent school teacher, a gifted storyteller, a wise counselor, a go-to problem-solver, a caring advocate, a clever and witty speaker, a spiritual leader, and a dedicated wordsmith. She was once referred to as the “Poet Laureate” of Saint John’s Health Center by a former president and CEO. She was also warm and welcoming, and took notice of the underdog and the underserved. In all she did, she embodied the SCL’s characteristic virtue of charity.

Maureen Frances Craig was born on Aug. 15, 1933, in Little Rock, Arkansas, the ninth of ten children to John and Mary (Holland) Craig. Six years after her birth, the family moved to Tulsa, Oklahoma, where she grew up. Her mother, Southern born, and her father, an Irish immigrant with a Ph.D. in political science from Magdalen College at Oxford, encouraged faith, learning, and social responsibility at home. Her parents were known anti-segregationists by area residents. One night, the Ku Klux Klan left a cross burning in their front yard. Maureen woke her parents to tell them the news, still too young to understand the significance of the incident. Later on, it reinforced for her the conviction that all people are equal and valued in God’s eyes and deserve dignity and respect.

Maureen’s parents often staged poetry and art contests for their children with prizes for each. As a young girl, Maureen’s first poem was entitled, “Cats have kittens, gloves have mittens.” Years later, in 2011, she would publish a poetry collection with that title as a Christmas gift to health care donors and supporters. Her parents also instilled a love for the humanities. She grew to love Shakespeare, Civil War history, Irish culture, and the Catholic writer G.K. Chesterton. Maureen attended Holy Family Grade School and High School in Tulsa, Oklahoma, before following her older sisters to then Saint Mary College in Leavenworth, Kansas.

After a year and a half of college, Maureen entered the SCL Community on Feb. 11, 1953, and professed vows as Sister John Mary Craig on Feb. 22, 1955, and later returned to her baptismal name. In 1961, she completed a bachelor’s degree in education with a specialization in English at Saint Mary College.

Sister Maureen taught English in primary and secondary schools for over 20 years in Kansas, Missouri, and Montana. She loved teaching, but a multiple sclerosis (MS) diagnosis, coupled with a heart condition, kept her from being as effective as she wanted to be as a teacher. In the mid-1970s, while at Ward High School in Kansas City, Kansas, she left classroom duties to help the school with communications, public relations, and fundraising. After 32 years in education, she changed her ministry focus to healthcare.

In 1994, she weathered the disastrous Northridge earthquake, which deeply affected Santa Monica and forced St. John’s to close for a time for repairs. She sometimes joked with friends that if her faith and courage could get her through a natural disaster, she could get through anything. In 2000, she was recognized as a “Women of Distinction” by the YMCA of Santa Monica at their Woman of the Year Dinner.

In a 2005 interview for the Santa Monica Daily Press, Sister Maureen commented on the mission of Saint John’s Health Center, but her words could easily have summed up her own life in ministry: “We have to be God’s hands. We have to revere each person as someone special, created by God and loved by God. Each person has the spark of the divine in them, and we have to find it.”

As a spiritual leader and admired figure at Saint John’s, she was considered a “living reminder” of the hospital’s healing mission. In 2011, she said, “It’s my duty to see that we never forget that the hospital is a ministry and not just a business, that we remain part of the healing mission of Jesus.” A highpoint of Sister’s life was in 2012 when she received the regarded Caritas Award for “exemplary leadership” and “personal commitment” to the healthcare ministry of Saint John’s Health Center Foundation.

Sister served faithfully at Saint John’s for 32 years. Her condition, which affected her central nervous system, sometimes led to spills. She sometimes humorously quipped, “I’m the poster girl for bruised nuns.” In 2019, Sister Maureen retired from active ministry (full or part-time). Along with MS and her heart ailment, she also suffered from a genetic condition that shortened the life of her 5 brothers. Despite all this, she maintained a strong confidence in God’s sustaining grace and providential care for the rest of her life.

Preceding Sister Maureen in death were her parents; her five brothers, Kevin Craig, Frank Craig, John Craig, Richard Craig, and William Craig; and her four sisters, Therese Shelton, Rosaleen Buthod, Brenda Bizzell, and Elizabeth Hottinger, and the deceased Sisters of the SCL Community. She is survived by numerous nieces and nephews.