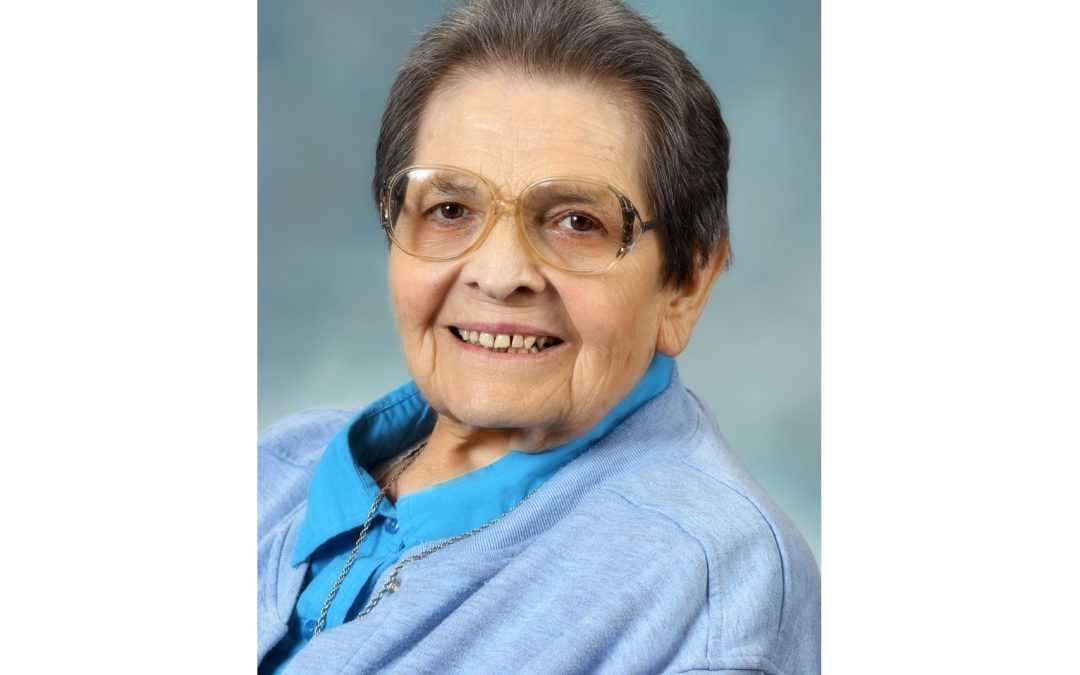 “Yours are the hands through which [God] blesses all the world.” —Saint Teresa of Ávila

Sister Josephine Bustos was known for her energetic spirit and sense of humor. She was a lover of infants and children, a resourceful and talented seamstress, and a capable vocalist who led children’s and young adult choirs. She epitomized the scriptural commandment to love God and neighbor and saw Christ in the lives of the poor and needy. She loved prayer and considered her work in Peru leading prayer groups as a special grace.

After serving as a teacher, missionary, social worker, and parish minister, God opened the door to eternal life for Sister Josephine on the early morning of Dec. 30, 2020. She was 91 years old and an SCL for 71 years.

Josephine A. Bustos was born on Sept. 13, 1929, in Dawson, N.M., the oldest of five children of José and Amalia (Gurule) Bustos. A strong Hispanic Catholic heritage predominated on both sides of her family. She attended Castle Grade School and Vegas High School in Las Vegas, N.M. After high school, she and a friend, now Sister Marcianna Trujillo, worked at St. Anthony Hospital, where they came under the mentoring influence of SCLs. Soon, both women decided to undertake a religious vocation. Josephine entered the SCL Community on Aug. 18, 1949, and studied nursing at Saint Mary College, Leavenworth, Kan. She professed vows as Sister Mary Anselma on Aug. 15, 1951, but eventually resumed her baptismal name.

Sister Josephine taught in grade schools for several years in Missouri, Kansas, and Colorado. From 1954 to 1964, she also served in child care assignments in SCL orphanages in Kansas and Colorado. Fluent in Spanish, she also served in an orphanage in Helena, Mont., which housed several girls and boys of Cuban descent waiting on their parents to arrive in the United States.

In 1965, her life’s ministry direction changed when she was sent to South America to teach at the Santa Rosa Escuela in Talara, Peru. She taught for two years and was resourceful in making needed supplies, such as an abacus from empty spools of thread. She remained in Peru for over 23 years and served not only as a teacher, but as the coordinator of parish social works and parish ministry, which involved her leadership in catechetical programs, prayer groups, parish choir, and a well baby clinic. She took great joy in teaching young Peruvian mothers how to care for their infants. Once, she found an abandoned baby, only hours old, in a nearby hovel. After she located a new home for the infant, the foster mother named the child in her honor. She considered her work in Peru as her most meaningful and impactful assignment.

In 1987, Sister Josephine came back to the U.S. to serve as a seamstress and personal care assistant at Mount St. Vincent Home in Denver, Colo. Her considerable sewing and mending talents were well-regarded by residents. In 2004, she retired from active ministry and dedicated her energies to sewing, prayer, and keeping up with her family, especially her younger sister and her two daughters.

Preceding Sister Josephine in death were her parents and three of her four siblings, including two sisters, Veronica Bustos and Carmen Bustos Garcia, and one brother, Leroy Bustos. Survivors include one sister, Helen Medina, and two nieces, Theresa and Phyllis Medina, and the SCL Community.