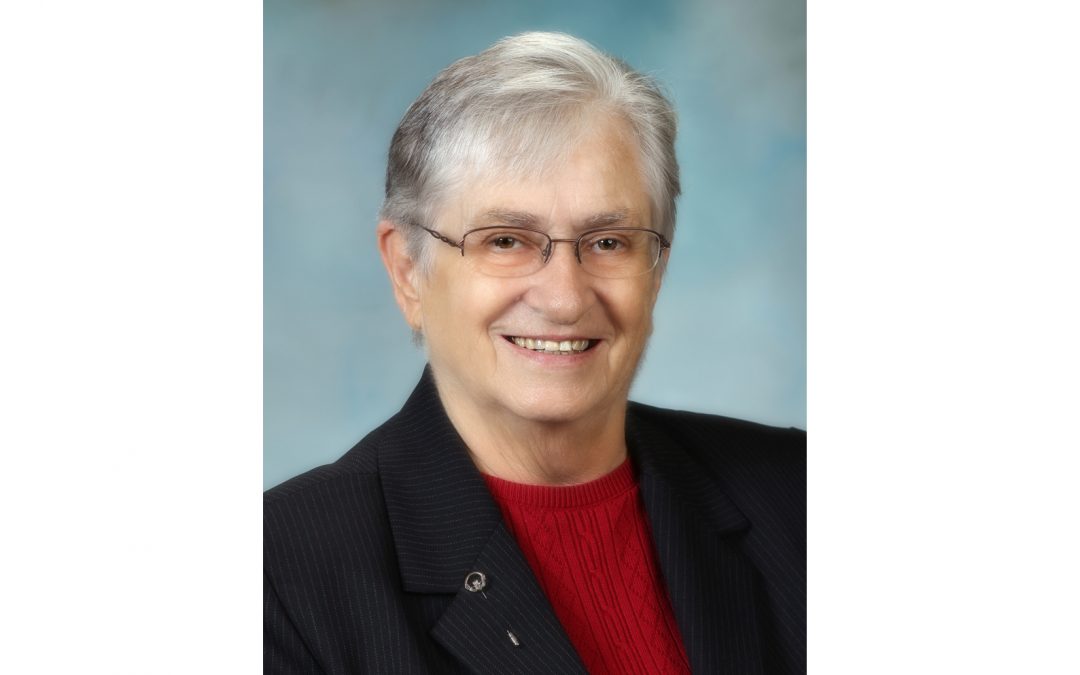 “When I reflect on my life, the recurring theme is ‘blessing!’ I truly have been blessed throughout my life with family, friends, the SCL Community, the opportunities that have been given to me and the challenges I have encountered.” – Sister Roberta O’Leary

Sister Roberta O’Leary was known as a lover of college athletics, especially Notre Dame football. Though kind, she could be no-nonsense and was an able leader. Friends remember her as a funny and gifted storyteller. She was not enthusiastic about mornings, and often worked late into the night. She epitomized the scriptural commandment to love God with one’s heart, soul, mind, and strength. Sister, 78, transitioned to eternal rest on July 5, 2020 in Saint John Hospital in Leavenworth, Kan. She was an SCL for 58 years. She entered the SCL Community on Aug. 30, 1961 and professed vows as Sister Marie Timothy on Sept. 2, 1963.

Roberta Frances was born on Feb. 20, 1942 in Butte, Mont., the only child of Timothy P. and Florence F. (Sullivan) O’Leary. Both her parents were educated by SCLs in their youth, and a strong Irish Catholic heritage predominated on both sides of her family, which provided the grace that steered her toward a religious vocation. She received much love and support as a child by extended family members, and had many examples of leadership and service — her paternal grandfather, Barry O’Leary, served as a former mayor of Butte. She attended Kate Fratt Memorial Grade School and Central High School, both in Billings, Mont., before pursuing an elementary education degree at Saint Mary College, Leavenworth. She finished her bachelor’s degree in 1971, and later completed a master’s degree in teaching in 1976 from Webster College, Webster Groves, Mo. In 1984, she graduated with a master of arts in private school administration from the University of San Francisco. She particularly enjoyed the Bay Area and that period in her life.

Sister Roberta taught in grade schools and junior high schools for 15 years in Illinois, Montana, and Missouri, before assuming administrative duties in 1984 as principal of Central Junior High School in Butte, Mont. A highlight of her leadership was the 1986 reopening of Central Elementary School. She led both schools as principal for 4 of the 11 years she served there.

In 1998, she left Butte to take a position as associate director of admissions at St. Mary College (now the University of Saint Mary) in Leavenworth, Kan. In 2000, she became the religious education director at St. Francis de Sales Church in nearby Lansing, Kan. Her skills as an educator, leader, and collaborator, especially in partnership with the parish priest, added spiritual vitality and depth to the growing congregation, which dedicated a new church building during her tenure. In 2010, she went back to the University of Saint Mary to serve as administrative assistant to the athletic director. Her long-time love of college sports and her regard for students made these last years of service some of her most memorable and meaningful.

In 2011, during her golden jubilee celebration as a SCL, Sister Roberta said, “When I reflect on my life, the recurring theme is ‘blessing!’ I truly have been blessed throughout my life with family, friends, the SCL Community, the opportunities that have been given to me and the challenges I have encountered.”

Preceding Sister Roberta in death were her parents and uncles and aunts. Survivors include an aunt, Gay O’Leary, SCLA, many cousins, and the SCL Community.