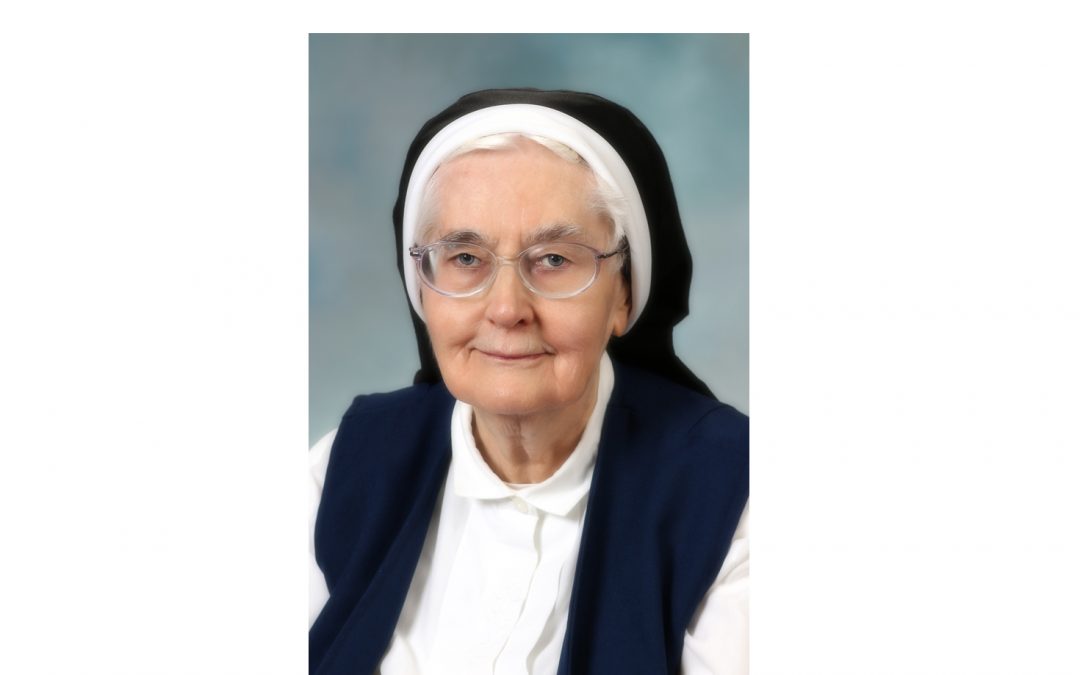 “As each one has received a gift, use it to serve one another as good stewards of God’s varied grace.” –1 Peter 4:10

Sister Mary Josepha Talle, 92, a Sister of Charity of Leavenworth, died on March 13, 2021, in Ross Hall at the SCL Motherhouse, Leavenworth, Kansas. Sister celebrated her 70th year anniversary as an SCL in 2016.

Born on November 20, 1928, in Kansas City, Mo., she was the youngest of five children of Andrew and Mary Elizabeth (Duffy) Talle. She was baptized at Blessed Sacrament Parish Church on Dec. 2, 1928, receiving the name, Kathleen Therese. She attended Blessed Sacrament Grade School and Lillis High School in Kansas City, Mo., where she was taught by the SCLs and the Benedictine Sisters of Atchison. After high school graduation, she worked for two summers for a Credit Union in Kansas City, Mo. In the fall of 1945, Sister pursued general studies at Saint Mary College. On August 14, 1946, she entered the SCL Community along with 31 other young women. On Feb. 15, 1947, she received the Holy Habit and the name Sister Mary Josepha. Sister professed her first vows on Aug. 15, 1948, and was missioned to the “Old Cathedral” school in Leavenworth. This began her 11-year teaching career in grade and high school in Missouri, Kansas, Wyoming, Montana, and Colorado. In the summers, she earned her bachelor’s degree in education at Saint Mary College. Sister professed her perpetual vows on Aug. 15, 1954.

Sister Mary Josepha worked for several years as assistant to the dean of students at Saint Mary College. Sister then worked at Saint Joseph Hospital in Denver for over 26 years with 21 of those years managing volunteers. Sister continued her hospital ministry at DePaul Hospital in Cheyenne, Wyo., and Saint John Hospital in Leavenworth.
Sister moved to the Motherhouse in 1995 and retired to Ross Hall in 2008, where she embraced a prayer ministry.

Note: This obituary was self-written by Sister Mary Josepha Talle.