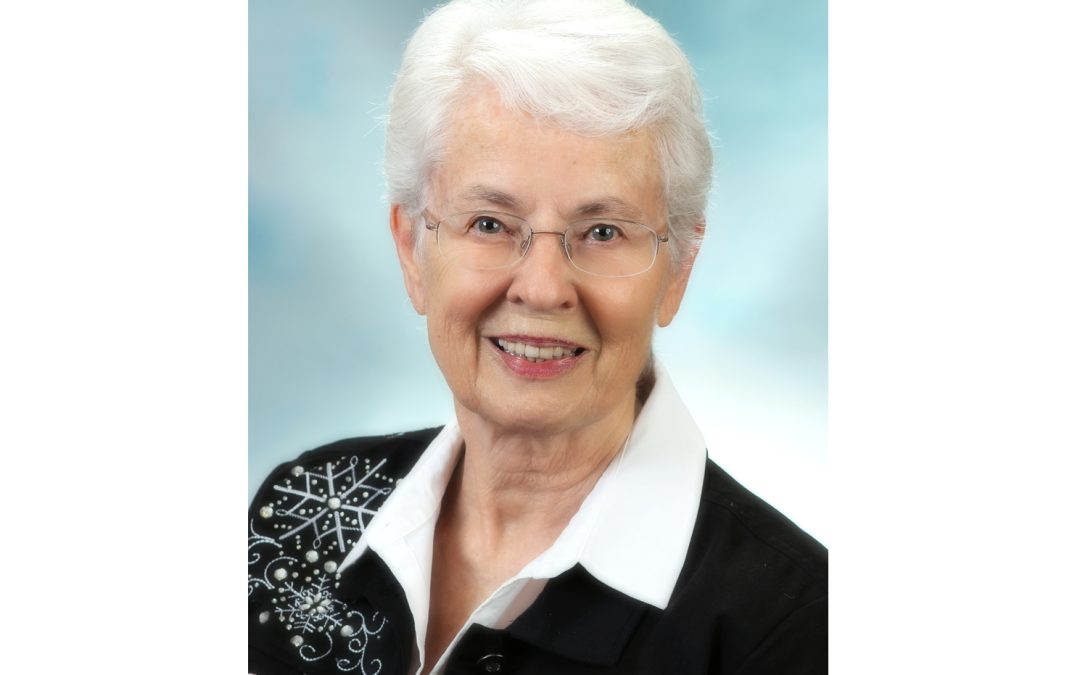 I choose to live towards eternal life.

Sister Lynn was a highly skilled educator and hospital administrator who made the mentoring and development of healthcare leaders an important part of her legacy. As one associate observed, “Sister Lynn sees gifts in others and finds platforms to empower them.” She viewed the hospital as a “learning organization” where patients and their families, regardless of economic circumstance, could find healing and experience the presence of God in the midst of pain and suffering. Her steadying influence, values, and commitment to making tough decisions toward systemic change made her an exceptional strategic and visionary leader who believed that the role of the hospital goes beyond healthcare to a deeper engagement with community life.

Donna Lynn Casey was born on Aug. 19, 1936, in Havre, Mont., the second of eleven children of Francis and Loretta (Daum) Casey. Her growing up in a large family in a small smelter town (where locals processed zinc and lead) cultivated a passion for community and the ability to work with others–trademarks that characterized her ministry. She graduated from St. Ann’s Grade School in East Helena and Cathedral High School in Helena, both in Montana. She first meet SCLs in grade school and was especially influenced later on by Sisters Mary Dolorita Flynn and Dorothy Hanley, her drama and music teachers.

She entered the SCL Community on Aug. 19, 1956, and professed vows as Sister Francis Loretta Casey on Aug. 22, 1958, before changing to her baptismal name. She earned a B.S. in education and an M.S. in education administration from Saint Mary College, Leavenworth, Kansas.

Sister Lynn spent the first part of her career teaching at primary schools for 12 years in Missouri, Oklahoma, Montana, and Kansas. She transitioned into school administration at Most Pure Heart of Mary in Topeka, Kan., where she served as principal for 9 years. She collaborated with the nearby Menninger Clinic and was an early advocate of putting children with mental health challenges in mainstream classes. When she announced her resignation, the school’s students and parents organized a “Celebrate Sister Lynn Day” with gifts and a tree planted in her honor. Her organizational and administrative gifts were not lost on others who encouraged her to consider healthcare as a possible new avenue of ministry.

In 1979, she served as administrator at Kennedy Child Study Center at St. John’s Hospital and Health Care Center in Santa Monica, Calif. After a few years, she left to complete a second master’s degree in hospital and health services administration from Yale University. Her studies provided an up-close look at the immense and significant changes hospitals and insurance companies were preparing to make in how patients were charged for services. This knowledge put her significantly ahead of others in the healthcare field.

She then spent 6 months working at 3 different SCL-sponsored hospitals before taking the role of chief operating officer, and later, executive vice president at St. Vincent Hospital in Billings, Montana. Over the next 15 years, she held executive roles in St. John’s Hospital and Health Center in Santa Monica, Calif., and St. Mary’s Hospital and Medical Center in Grand Junction, Colorado. In the latter role, she transitioned St. Mary’s from a community hospital to a regional medical center, which was partly accomplished by the addition of an $8 million patient tower and medical office building and an outpatient services facility. The local newspaper reported that Sister Lynn’s improvements made the community a better place to live.

In 1999, she felt a call to serve as vice president of mission leadership at Providence Health System in Seattle, Washington, before leaving to work with Mercy Health Partners and oversee a hospital merger in Springfield, Ohio, where she integrated a community hospital and a Catholic hospital into a single, mission-focused culture.

In 2005, after many years in healthcare, Sister accepted the role of chancellor of the Diocese of Great Falls-Billings in Easter Montana. She worked as a representative and close advisor to the Bishop on all administrative affairs, as well as the management of sacramental and other diocesan records. The job was a coming home for Sister Lynn.

In her retirement years, Sister Lynn remained busy and engaged with the SCL Health Board of Directors, where she provided wise counsel and served for 2 years as board chair. She also served as a spiritual director mentoring several women. Watercolor painting, which she discovered later in life, became a means of enjoyment and spiritual expression. She also enjoyed spending time with the families of her brothers and sisters.

Community members and colleagues remember Sister Lynn as quiet, intelligent, a renaissance woman with a great vocabulary thoughtfully delivered, who loved nature and the outdoors. Whether she was exploring local trails or hiking across the Austrian Alps, nature put her at ease (“an antidote to stress”), heightened her creativity and appreciation of beauty, and renewed her spirit.

A highlight of Sister Lynn’s life was receiving a Lifetime Achievement Award from the Catholic Health Association in 2020. One of her endorsers, Bishop George L. Thomas, related the following: “Her life has been marked by altruism, professionalism, dynamism, and compassion for the poor in the expansive worlds of education, public health, and hospital administration.”

In 2008, Sister Lynn spoke at the SCL’s 150th anniversary celebration. Her message, which elaborated on the SCL’s long history, also gave simple expression to her life and mission: “We religious Sisters . . . live with an eye to meeting the God of the living, at resurrection time, by living lives of love.”

A vigil will be held at 7:00 p.m. on Thursday, March 31, in Ross Chapel, SCL Mother House, Leavenworth. Mass of Christian Burial will be celebrated in Ross Chapel at 10:30 a.m. on Friday, April 1. Due to COVID-19 concerns, the vigil and Mass of Christian Burial is only open to invited guests. Interment will follow in Mount Olivet Cemetery, Mother House grounds. Memorial contributions may be made to the Sisters of Charity of Leavenworth, 4200 S. 4th Street, Leavenworth, Kan. 66048. Arrangements made by Davis Funeral Chapel, Leavenworth.