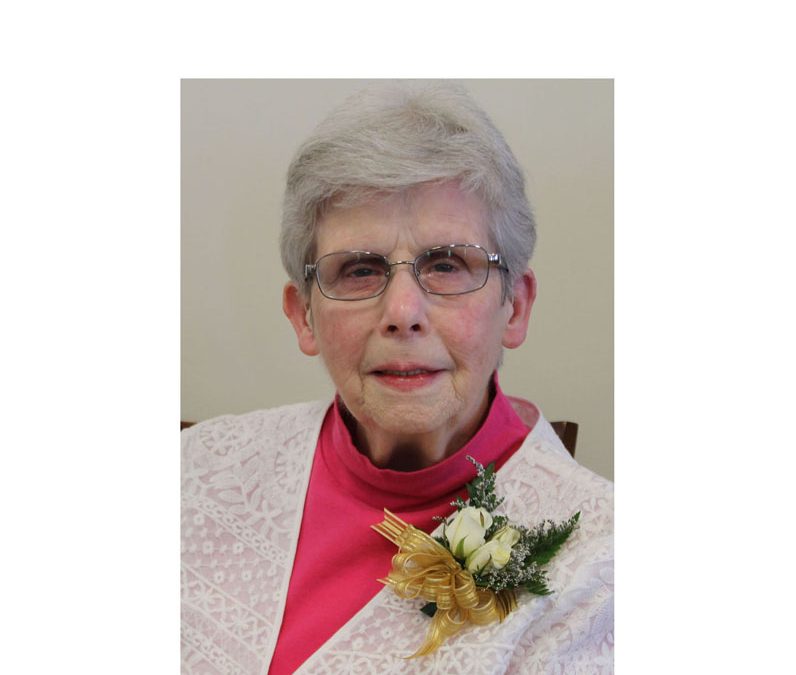 “In my search for happiness, I have seen your reflection in many people and events.” — Sister Margaret Quirk in a letter to God

Those who knew her well likewise saw the reflection of God in Sister Margaret Quirk — beloved sibling and aunt, loyal friend, and faithful Sister of Charity of Leavenworth (SCL). In that same letter to God, Sister Margaret wrote, “There are so many mysteries in life that I have come to realize that only in you, God, will my soul be at rest.” Sister, 78, transitioned to eternal rest on Feb. 11, 2020, in Ross Hall. She was an SCL for 52 years.

Margaret was born on Jan. 10, 1942 in Kansas City, Mo., the sixth of nine children of Thomas E. and Mary Frances Smith Quirk. As a young child, she called the pet fish “guffy” because she couldn’t pronounce “guppy,” thereby earning her life-long family nickname. “Guffy” attended St. Peter’s Grade School and St. Teresa’s Academy, both in Kansas City, Mo. She then pursued general studies at Saint Mary College, Leav-enworth, where she decided to become a nurse. Upon graduation, she worked at Provi-dence Hospital, Kansas City, Kan., for two years. She had periodically thought about becoming a Sister. She responded to the call to religious life, and on Sept. 8, 1968, she entered the SCL Community. Sister Margaret professed vows on May 30, 1971.

She continued her nursing ministry as an SCL and served conscientiously with compassion and competence in different settings. From 1970 to 2012, Sister Margaret was a nurse at SCL hospitals in Colorado, Kansas and Montana; at a clinic for the unin-sured; at the SCL Mother House and Ross Hall skilled nursing facility; and in home health services. During that time, she completed her bachelor’s degree in nursing at Saint Mary’s. She also worked three years in the campus post office at the college. She retired to Ross Hall in July 2016 and embraced a prayer ministry.

Sister Margaret had an insatiable interest in people and their needs, and a wonder-ful talent for listening. In conversations, she managed to get to the heart of the matter, sharing her insights with kindness and candor. She emulated the SCL characteristic virtues of simplicity, humility and charity.

She remained optimistic even as she suffered silently with health issues. She was fun-loving and had a hearty laugh. Her nieces and nephews treasured their sweet, self-less Aunt Guffy. They attributed her spirit of joy to her Irish heritage. She was level-headed, and nothing seemed to rattle her. Sister Margaret managed to turn difficult situa-tions to laughter. She often ended visits with the words, “Let’s pray for each other.”