On the road with Sister Lin 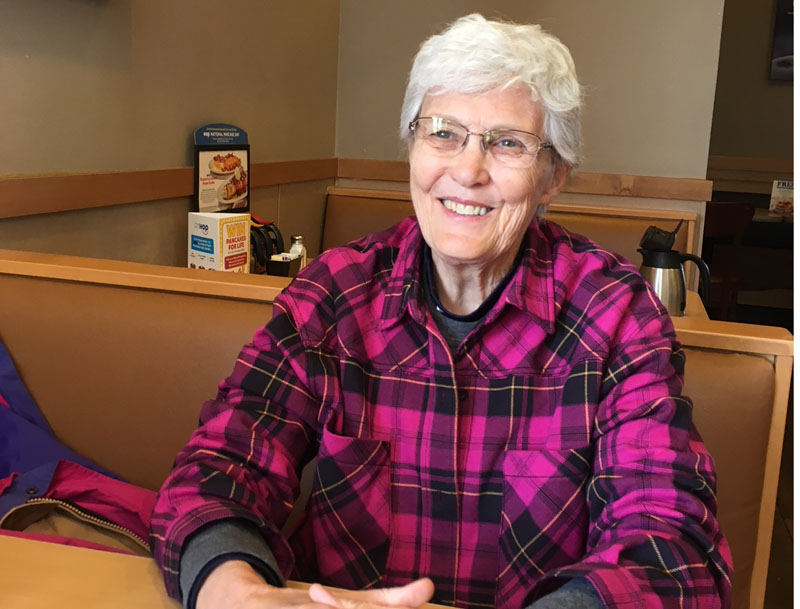 When Sister Lin Sayatovic completed her ministry in August 2019 as a spiritual coordinator in correctional services, she prayed about what would be next, and she entertained “cloud thoughts” about possibilities.

She planned to continue her work as an advanced emergency medical technician (AEMT) with the community of Georgetown Lake, Mont. She knew she wanted to stay in the medical realm. She also realized that a vast array of ministry opportunities exist as well represented by the work of other Sisters of Charity of Leavenworth (SCLs). One “cloud thought” led to another and then to Sister Lin’s request for a sabbatical during which she would visit SCLs who are directly serving persons who are poor.

After conferring with her Community Councilor, Sister Lin began her sabbatical journey. Georgetown Lake remains her base. Her travels have already taken her to several locations.

In November, while in the Midwest for meetings, Sister Lin visited Duchesne Clinic that serves uninsured adults in Kansas City, Kan., and where a number of SCLs volunteer. In addition, she met with nursing staff of Ross Hall, the SCL skilled nursing facility on the campus of the Mother House, Leavenworth, Kan.

November also took Sister Lin to New Orleans where SCLs Sister Peg Johnson and Vicki Lichtenauer are on the core team of the House of Charity. Sister Lin volunteered to help with continuing efforts to rebuild homes damaged many years ago by Hurricane Katrina. She loves to build, so she found this an “awesome experience.”

Between trips, Sister Lin ministers in Montana. As the training officer, she helps EMTs maintain their licensure. Recently, she has been heightening the awareness of other technicians and the community about human trafficking. She’s involved in the pilot Community Paramedicine Program that eventually will use EMTs more extensively in the assessment and management of preventive care, chronic disease and post-discharge follow-up, particularly in rural communities. Sister Lin is completing studies for this program by computer and will have a 48-hour clinical rotation in Butte, Mont.

As for the next leg of her sabbatical, she anticipates travelling to Pryor and Ashland, Mont., where SCLs minister to Native Americans. There are other Sisters across the country with whom she wants to connect. When she returns to Leavenworth, Sister Lin hopes to shadow staff at Saint Vincent Clinic, a safety-net provider.

“I’m kind of enjoying this,” Sister Lin concludes, “seeing what ministries are out there and learning about different ways to serve.”