When a General came to St. Mary’s 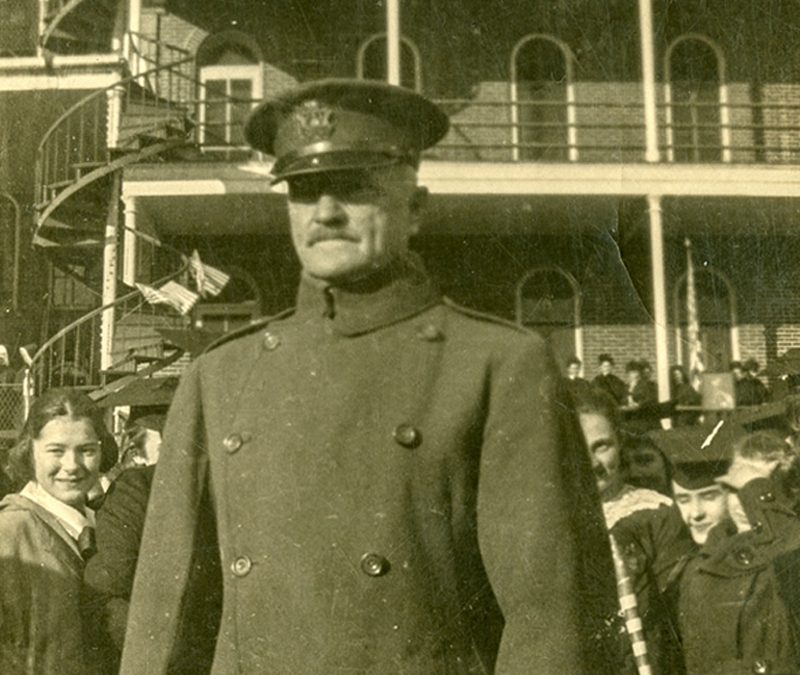 Monday, May 25, was Memorial Day, a day set aside to remember those who have died in military service on behalf of the United States. For many, the National World War I Museum and Memorial in Kansas City, Mo., is an often frequented place to remember and celebrate this national holiday (Sadly, the museum and memorial are currently closed until June 2020, due to coronavirus).

In 1921, the Liberty Memorial (what the museum and memorial were called back then) held a groundbreaking ceremony, which included a large list of notable guests. In attendance was then-vice president Calvin Coolidge, along with General John J. Pershing, who was General of the Armies—the highest rank possible for any member of the United States armed forces. He attained this honor due to his outstanding service in World War I. Pershing, who grew up in Laclede, Missouri, and attended State Normal School (what is now Truman State) in nearby Kirksville, was a strong supporter of the memorial and had an appreciation for its mission to remember and understand the Great War.

In 1922, about 6 months after the groundbreaking ceremony, General Pershing was back in nearby Kansas to visit the Old Soldier’s Home (what is now Dwight D. Eisenhower VA Medical Center) in Leavenworth, Kansas. He said he wanted to make sure “his boys” were treated well. While he was there, he made a special point to visit St. Mary’s Academy, which was across the street from the home. Able-bodied men from the Old Soldier’s Home would sometimes come to St. Mary’s and do various odd jobs to help.

While he visited the school, General Pershing posed for pictures with the student body and school leadership. While there, it is likely he knew that a number of nurses and Sisters from various Catholic hospitals had helped during World War I, and he may have even expressed his appreciation for this during his visit.

On this Memorial weekend, we remembered and honored the military personnel who have given their lives to preserve the freedoms we cherish.