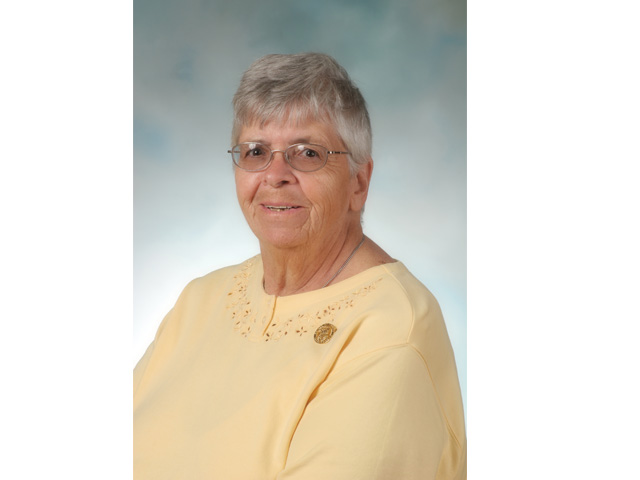 “Christ leads us to go out from ourselves more
and more, to give ourselves and to serve others.”
Pope Francis

In this Spirit of Christ, Sister Roberta Furey gave continuously of herself — to her family, to the SCL Community, to her friends, and to the staff and many youth she cared for at Mount Saint Vincent, Denver. Generosity was her hallmark; she had love in her heart for everyone.

Sister Roberta, 82, died at Presbyterian/St. Luke’s Medical Center, Denver, on May 28, 2018. She was an SCL for almost 65 years — 48 of which she served at Mount Saint Vincent, the orphanage and then a residential and day treatment center.

The second youngest of seven children, Roberta was born in Kansas City, Mo., on May 6, 1936 to Norris and Mabel Seiberling Furey. She attended St. Louis School and Bishop Hogan High School. Growing up across the street from a convent, Roberta felt destined to become a Sister of Charity of Leavenworth. Following high school graduation, she entered the Community in August 1953, joining her older sister, Sister Jane Ellen. The older sibling questioned the younger about being so quiet during her first month as a postulant. Soon thereafter, the question changed. Sister Jane Ellen began asking Roberta, “Do you ever keep quiet?” Roberta professed vows as Sister Mary Gerald on Aug. 22, 1955. She later returned to her baptismal name.

Sister Roberta began her SCL ministry as a teacher at Assumption School, Topeka, Kan., and then at Mount Saint Vincent Home. From 1958 to 1965, she was a child care worker at St. Joseph Home, Helena, Mont. She returned to Mount Saint Vincent for 21 years, during which she worked with youth in the older boys’ unit and held roles including house mother, child care worker, acting administrator and special projects. From 1986 to 1993, Sister Roberta served five years as a nursing assistant at St. Mary’s Medical Center, Grand Junction, Colo., and two years as purchasing agent at the SCL Mother House.

In 1993, she returned to Mount Saint Vincent, working as assistant to the executive director, receptionist and sacristan. She touched the lives of thousands of youth, many with whom she remained in contact and from whom she received Mother’s Day cards. Sister Roberta taught them life skills and greeted them daily as they came through the doors. She earned the nickname “Sarge” from staff who respected her for taking charge and running a tight ship. Valued as one of a kind, Sister Roberta twice received recognition at Mount Saint Vincent’s Silver Bell Ball; she represented the very heart of the organization. With similar zest for life, Sister Roberta had great fondness for her family; loved the mountains; and enjoyed sports, especially the Denver Broncos.