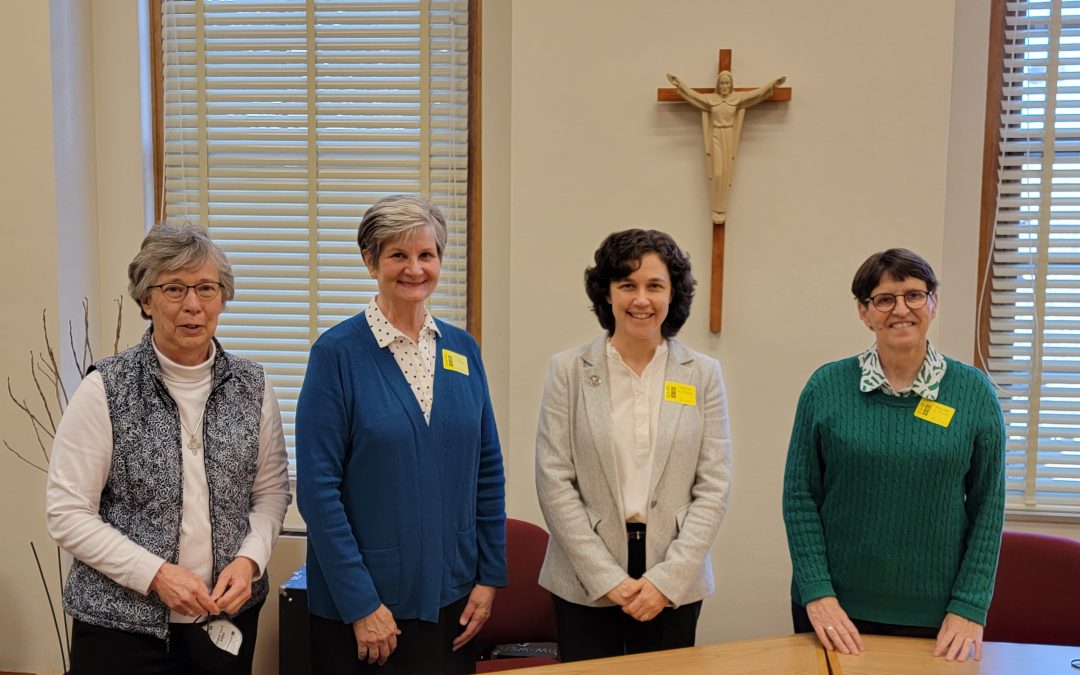 The Sisters of Charity of Leavenworth (SCL) held their 19th Community Chapter in late February. The Chapter, convened every six years, meets to elect community leadership and promote the spiritual and apostolic vitality of the community.

Previously, Sister Eileen served two consecutive terms on the SCL Council, beginning in 2010. Her ministries focused on education, spirituality, eco-justice, and social justice. She taught in the U.S. and Peru and held administrative positions as: a school principal and director of a diocesan house of prayer, a high school admissions department, and a degree completion program. Sister Eileen is a former member of the National Board of the Leadership Conference of Women Religious, and formerly SCL liaison to the non-governmental organization (NGO) for the Sisters of Charity Federation at the UN. Currently, she is a member of the Vincentian Family Executive Committee.

Sister Melissa serves in ministry roles with the Vincentian Family and the Sisters of Charity Federation. She was convener of the 2021 North American Vincentian Family Gathering, and is a national core team member for Giving Voice, a peer-led organization for younger women religious. Previously, she was director of development for LifeWay Network, a safe housing and education program in Queens, New York, and was vice president of mission and sponsorship for Saint Joseph Hospital in Denver, Colorado. Currently, Sister Melissa is a member of Leaven Ministries, the sponsoring body for SCL Health.

Sister Nancy is a licensed therapist in private practice for the past eight years in Redondo Beach, California. She serves young adults and seniors in areas of relationships, addictions, grief/loss, depression, anxiety, and transitions. Previously, she practiced for Bridges in El Monte, California, and was a mental health counselor and residential program coordinator for ISIS Center in San Diego. Sister Nancy has experience in marriage and family therapy and serving a marginalized, homeless population in a residential setting. Much earlier in ministry, she served in parishes as a pastoral counselor, and in secondary education.

Sister Rosemary is a professor of English at the University of Saint Mary in Leavenworth, Kansas since 1997. She became Chair of the Language and Literature in 2015. She was installed as the Mary Janet McGilley Endowed Chair in Liberal arts in 2021. Prior to her work at the university, Sister Rosemary taught English and journalism for many years in secondary schools. She is a member of the Kansas Commission on Judicial Conduct.

For more information about the Sisters of Charity of Leavenworth, visit www.scls.org.