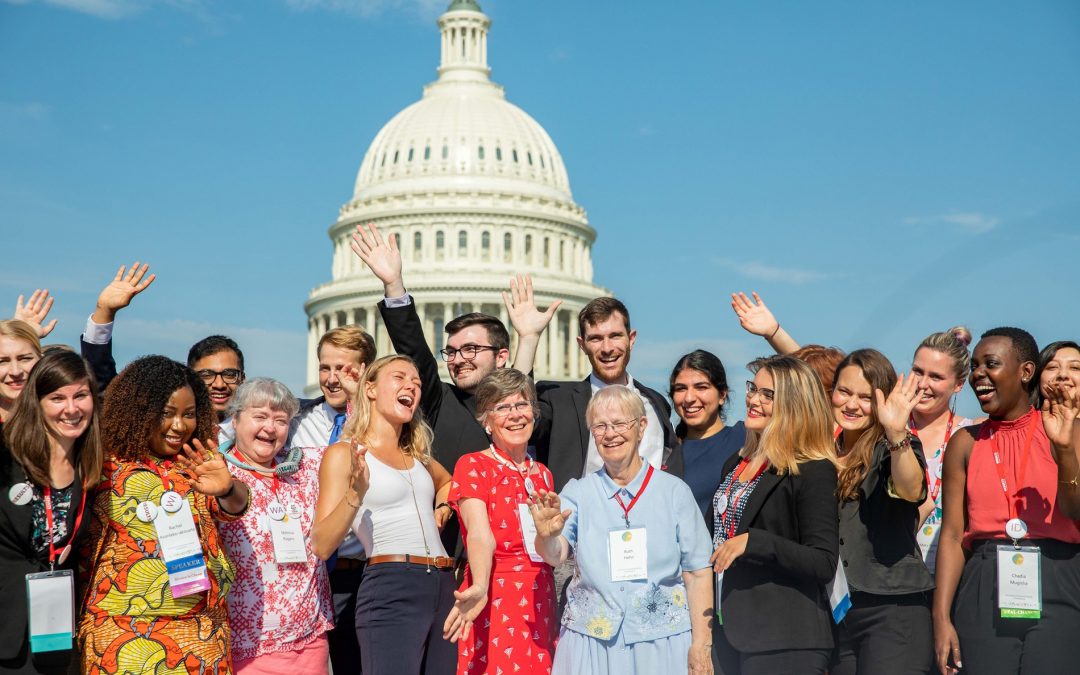 Among highlights of 2019, the Sisters of Charity of Leavenworth (SCLs) Community demonstrated continuing commitment to working for justice, peace and integrity of creation, and engaged in collaborative efforts in support and furtherance of its mission.

Working for justice
Five SCLs volunteered at different times at the border assisting immigrants entering the United States. Leadership of the SCL Community and nine other congregations of women religious issued a joint statement calling for recognition of migrant family separation as a pro-life issue (Sept. 25). In the Kansas City area, Sisters and SCL Associates received training to accompany persons reporting to immigration court or for other civil or legal encounters. 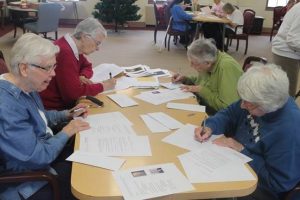 Across the United States, Sisters and Associates made phone calls and wrote letters to elected officials to advocate for human rights and for Medicaid expansion. The SCL Office of Justice, Peace, and Integrity of Creation coordinated a well-attended Medicaid expansion rally in Leavenworth (April 24).

Prayer services throughout the year heightened awareness of the sacredness of creation. The Community sponsored its second Earth Fest open to the public on the Mother House campus. More recently, the SCL Care of Creation Interest Group and the Benedictine Sisters of Mount St. Scholastica, Atchison, Kan., have begun disseminating a position statement titled “The Climate in Crisis – An Urgent Call to Prayer and Action.”

Leadership invited Sisters and Associates to join in prayerful reflections on the topic of racism with focus on privilege. The Leadership Conference of Women Religious (LCWR), of which the SCL Community is a member, issued a resolution affirming the interrelatedness of several key justice concerns – “Creating Communion at the Intersection of Racism, Migration & Climate Crisis.”

Advocacy continued against human trafficking. Sister Melissa Camardo, who is associated with LifeWay Network, New York, N.Y., addressed this issue for a second time at the United Nations. The SCL
Human Trafficking Interest Group hosted Sister Jeanne Christenson, a Sister of Mercy, to build awareness of trafficking globally and locally.

Projects on the local level
In their local communities, SCL Associates in Helena, Mont., sponsored a drive among area churches to collect donated towels and blankets for persons in need. As a Martin Luther King, Jr. Day service project, employees and Sisters at the Mother House and Ross Hall assembled hygiene kits for Heart to Heart International. Associates in Butte, Mont., spearheaded efforts to obtain coffee supplies for a homeless shelter. In Billings, Mont., Associates and Sisters prepared meals for guests at the St. Vincent de Paul Charity Office. The SCL Community had strong representation at the annual Nuns Build initiative to help rebuild homes in New Orleans damaged by Hurricane Katrina. Sisters and Associates continued to serve a monthly free community meal in Leavenworth, Kan., and staff the Corita’s Corner Sandwich Ministry in Topeka, Kan.

Continuing the Vincentian spirit
The SCL Community presented its inaugural Vincentian Charism Award to Richard Sack, Leavenworth, Kan., who exemplifies the spirit of St. Vincent de Paul in his service to persons in need. Two SCLs – Sisters Judith Jackson and Noreen Walter – participated in the Vincentian Encounter in Paris, France, to become more steeped in the spirituality of this 17th century saint.

In Peru, Hermana Laura Rumiche Morales led efforts resulting in the commitment of 30 persons as Vincentian Volunteers and integration into the International Association of Charities (AIC). They have since been involved in various service projects.

Collaboration, celebration of service
Sisters continued to participate in the collaborative governance model of meeting in small Leaven Groups and the larger Leaven Assemblies.

Collaborative efforts with other religious communities included continued membership and active participation in the Charity Federation, the 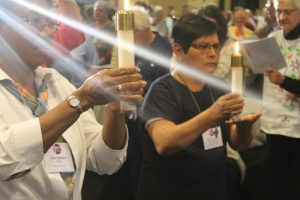 Vincentian Family, the Leadership Conference of Women Religious, the International Union of Superiors General (UISG) and CONFER (Peru). Sister Constance Phelps, SCL Community Director, attended the triennial gathering of UISG in Rome. A large contingent of SCLs and Associates traveled to Chicago for the first Assembly of the Whole hosted by the Charity Federation.

Within the SCL Community, Sister Catherine Nichol marked her 75th anniversary. Nine Sisters observed their 70th jubilees; six, their 60th; and one, her 25th. Six persons made commitments as new SCL Associates during 2019.

(The above article is not intended to be all inclusive of the many worthwhile activities and projects of the SCL Community or of individual Sisters, Associates and employees. Our apologies if we have overlooked an item of significance. Please share your thoughts at communications@scls.org.)