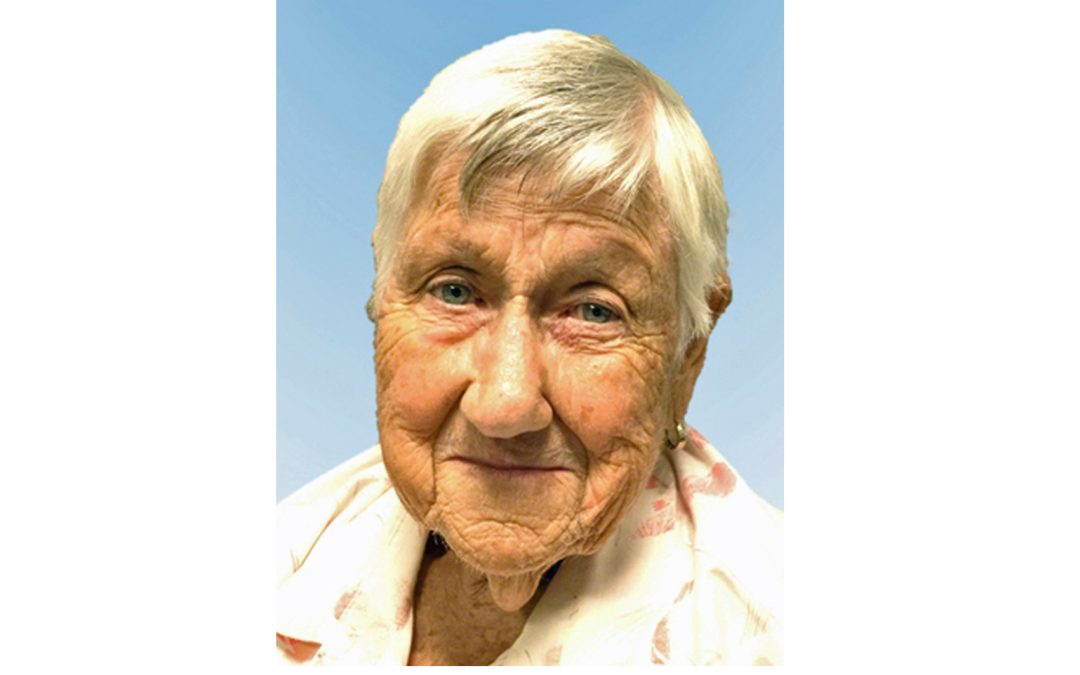 Well done, good and faithful servant! You have been faithful with a few things; I will put you in charge of many things. Come and share your master’s happiness! – Matthew 25:21

Sister Peter Parry, 91, died on Sept. 21, 2022, at Ross Hall in Leavenworth, Kan. She faithfully served the people of God as a Sister of Charity of Leavenworth (SCL) for 73 years. She was a lifelong educator who, with a loving heart, an authentic smile, and trusting eyes encouraged hundreds of children and adults to succeed in academic endeavors no matter their stages in life.

Patricia Frances Parry was born on March 24, 1931, in Kansas City, Mo., one of three children of William and Gertrude (Hawkins) Parry. She attended St. Mary Grade School, Lee’s Summit, Mo., and Saint Mary Academy, Leavenworth. Patricia graduated with a BS in elementary education from Saint Mary College, Leavenworth, and an MS in elementary education from Eastern Montana University, Billings, Mont. She entered the Sisters of Charity of Leavenworth on Aug. 18, 1949, and, as Sister Peter Claver, made her profession of vows on Aug. 15, 1951. She later changed her religious name to Sister Peter.

During her nearly six-decade teaching ministry, Sister Peter served in schools in Colorado, Kansas, Missouri, Montana, Oklahoma, and Wyoming. She was a devout instructor of math, English, life skills, and the ways of goodness and equality. She welcomed all and knew no strangers, making Sister Peter a successful mentor to all who came to her as a student. In 1976, Sister Peter became involved in programs to help those in need of a special introduction to the art of learning. The first of these was a GED program commissioned by the KCK Archdiocese. Later Sister Peter taught at Donnelly College, Kansas City, Kan., where in 1986 she was named director of the Basic Education for Lifelong Learning (BELL) program, a program she was instrumental in founding. In succeeding years, she volunteered at Duchesne Clinic in Kansas City, Kan. Sister Peter retired to Ross Hall in 2021 where she enjoyed various activities, prayer, and companionship with her fellow SCLs.

Preceding Sister Peter’s death were her parents, her brother William, her sister Margaret (Jane) Arnett, and her deceased Sisters of the SCL Community. She is survived by many nieces, nephews, and her SCL Community.

A vigil will be held at 7:00 p.m. on Monday, Oct. 10, in Ross Chapel, SCL Mother House, Leavenworth. Mass of Christian Burial will be celebrated in Ross Chapel at 10:30 a.m. on Tuesday, Oct. 11. Interment will follow in Mount Olivet Cemetery, Mother House grounds. Memorial contributions can be made to the Sisters of Charity of Leavenworth, 4200 S 4th Street, Leavenworth, Kan. 66048. Arrangements made by Davis Funeral Chapel.

We realize attending the funeral services of a loved one is a natural and healthy way to honor the deceased, however, we ask that no public guests besides those invited enter the Mother House at this time. We appreciate your cooperation and will hold you in prayer.

Click below to read the SCL Community remembrance for Sister Peter.
English | Spanish