Year in review: focus on charism 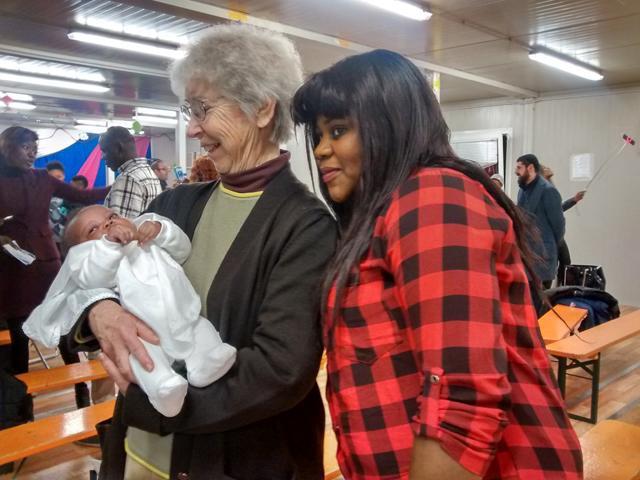 As Sisters of Charity of Leavenworth (SCLs) and SCL Associates marked the 160th anniversary of the founding of the religious Community in 2018, the Vincentian charism/spirit continued to energize their efforts.

Their commitment to serve persons who are poor or marginalized and to work for justice took many different shapes and forms over the past year. This included extensive advocacy, participation in rallies and direct service. In addition, Sisters and SCL Associates shared key observances throughout the year and received recognition for their good works.

Above, Sister Janet Cashman continues her ministry of serving refugees arriving in Sicily, Italy. The photo gallery below captures other  highlights of 2018. 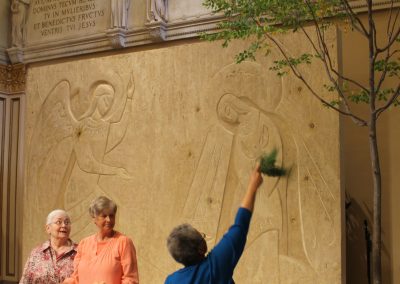 Left to right, Sisters Sue Miller, Maureen Hall and Constance Phelps bless a tree during the observance of the 160th anniversary of the founding of the SCL Community. Sisters Sue and Maureen are past Community Directors; Sister Constance currently holds this leadership position. 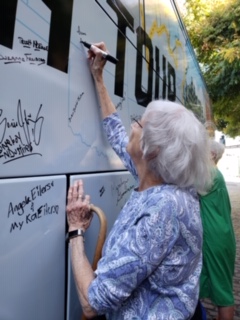 For the second time in recent years, Sister Irene Skeehan had the opportunity to sign the Nuns on the Bus vehicle. This year’s Nuns on the Bus tour was targeted to holding elected officials accountable for their votes related to recent tax law changes. 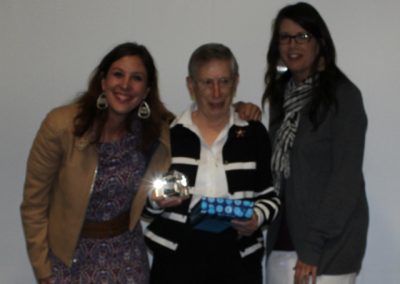 Community Action, Inc., Topeka, Kan., recognized Sister Therese Bangert (center) for her advocacy efforts as an outstanding promoter of the mission to fight poverty and achieve greater economic and social inclusion for all. 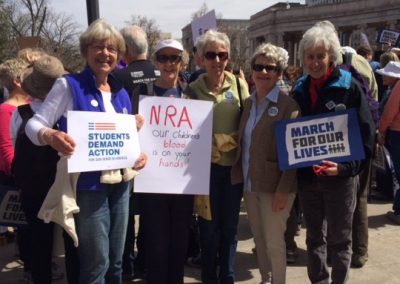 Sister Sheila Karpan (right) was among a group of women religious in Denver who joined the March for Our Lives initiative led by youth against gun violence. 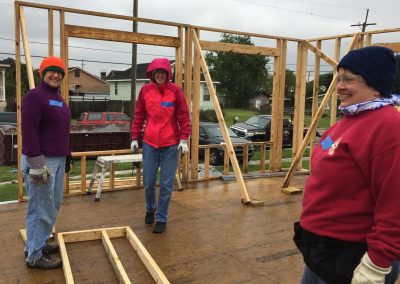 Sister Vicki Lichtenauer (left) is a staff member of the House of Charity, New Orleans, a project of the Charity Federation that continues to help with rebuilding homes devastated by Hurricane Katrina. 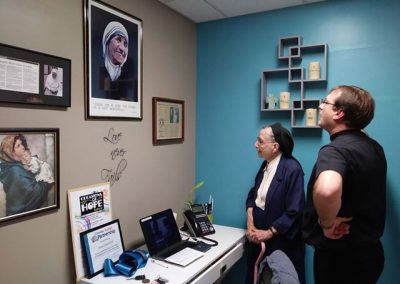 Marian Dental Clinic, Topeka, Kan., recognized Sister Mary Rosaleen Driscoll on the occasion of her 71st anniversary as an SCL. Father Tim Haberkorn joined the celebration and blessed the clinic. 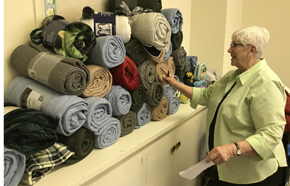 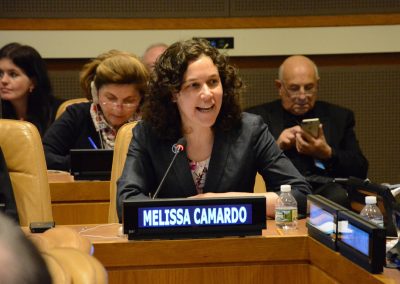 Sister Melissa Camardo participated in a panel discussion on the topic of human trafficking during a presentation at the United Nations. 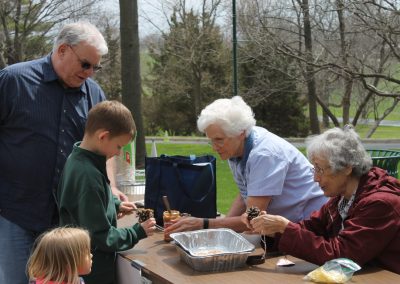 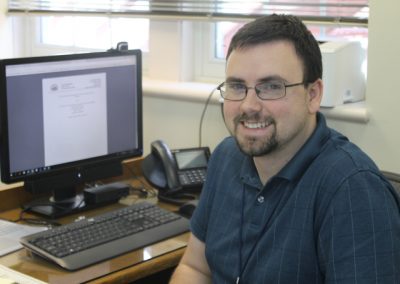 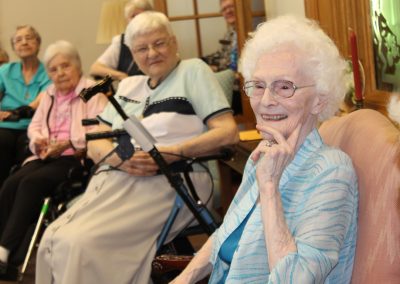 Sisters enjoyed a visit with Charlotte Tennant (right), descendant of the family of Mother Xavier Ross, foundress of the SCL Community. 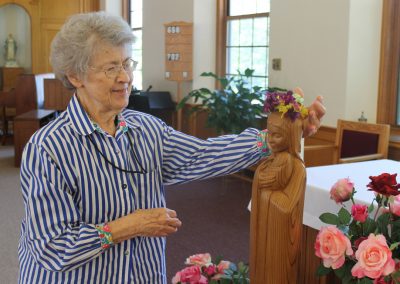 Sister Genitha Regan crowned the statue of the Blessed Mother during the May crowning at the SCL Mother House. 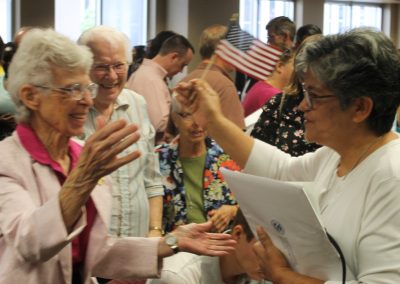 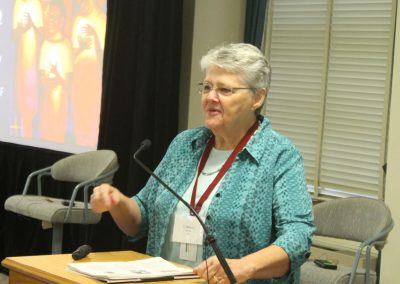 Sister Nancy Schreck, OSF, gave the reflection that began the July 30-31 Leaven Assembly gathering of SCLs at the Mother House. 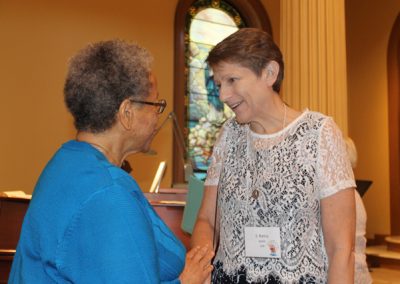 Prior to the opening ritual for the 160th anniversary observance, SCL Community Director Sister Constance Phelps welcomes Sister Nancy Gerth, representing the Sisters of Charity of Nazareth. The SCLs trace their roots to the Nazareth community. 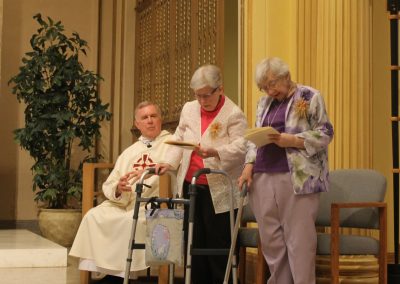 Sisters Margaret Quirk (center) and Joy Duff were guests of honor on the occasion of their golden jubilees. They are pictured in Annunciation Chapel with Father Dennis Schaab, CPPS, chaplain. 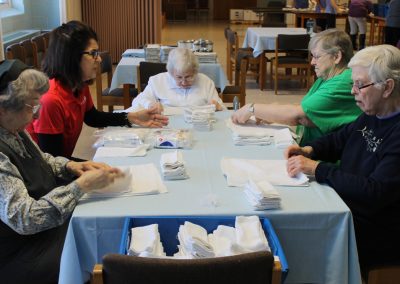 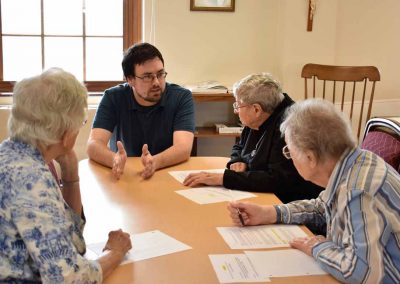 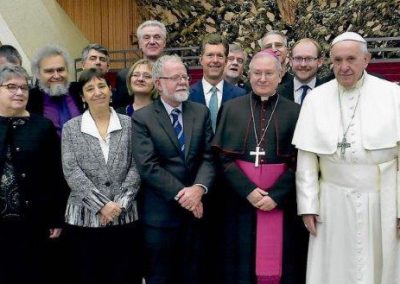 Sister Susan Wood (left, front row) was in Rome for a Catholic-Baptist dialogue meeting during which the group had an audience with Pope Francis. 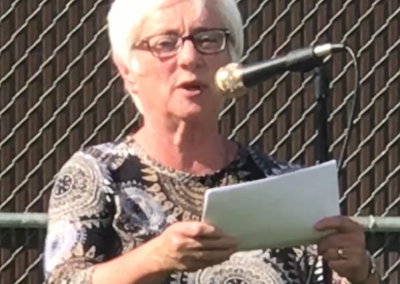 Sister Mary Jo Quinn was one of the speakers at a rally in Missoula, Mont., organized to protest the “zero tolerance policy” and to call for changes to national immigration policy.