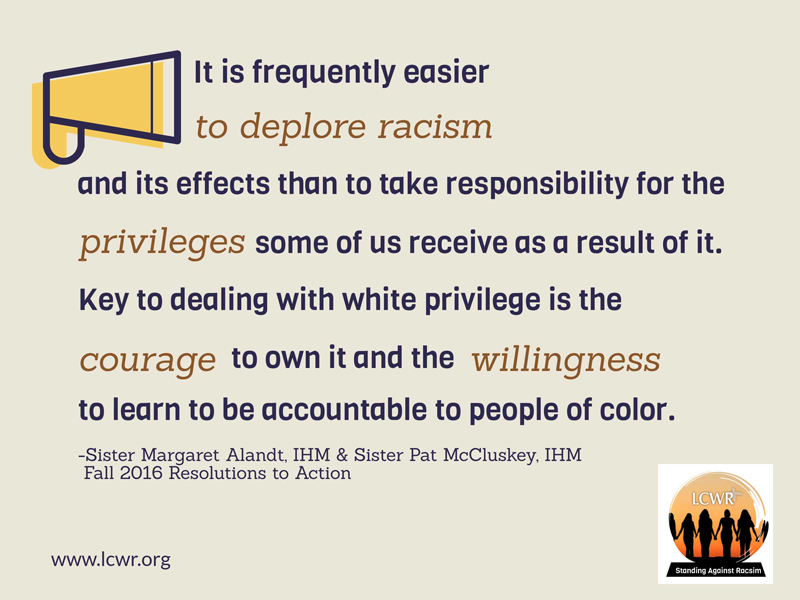 “It is frequently easier to deplore racism and its effects than to take responsibility for the privileges some of us receive as a result of it. Key to dealing with white privilege is the courage to own it, and the willingness to learn to be accountable to people of color.”

The Sisters of Charity of Leavenworth (SCLs) are joining other members of the Leadership Conference of Women Religious (LCWR) in participating in a social media campaign to raise awareness about the scourge of racism and the importance of standing together to confront its destructive effects on our communities and our country. Standing Against Racism will feature quotes from LCWR members, keynote speakers and other sources that will be posted to social media each week from April 3 through May 15.