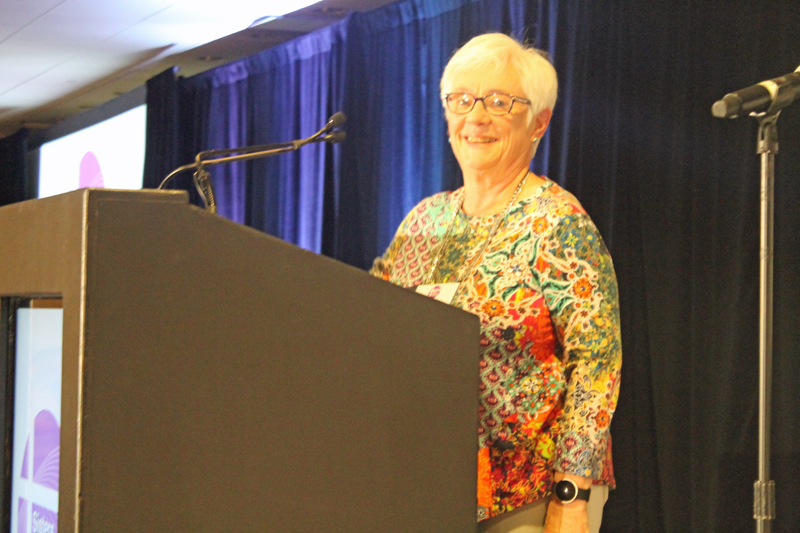 Since she began her ministry in Topeka in 1973, Sister Mary Jo has been involved in music leadership for the Mass in Spanish, in some form. At Our Lady of Guadalupe, Topeka, Kan., she provided piano accompaniment for the Mariachi Mass. When she moved to Butte, Mont., she led the choir for observance of the Feast of Our Lady of Guadalupe. She returned annually to Butte for this occasion even after she relocated to Helena, Mont.

In the Sisters of Charity of Leavenworth (SCL) Community, Sister Mary Jo has assisted with the planning and selection of bilingual music for liturgies and other celebrations involving Hermanas from Peru. During her years with OCP (Oregon Catholic Press), part of Sister’s job description was the promotion of Spanish music resources. Now, in Missoula, local parishes are offering frequent Mass celebrations in Spanish. Sister Mary Jo is once again engaged in her role as pastoral assistant and liturgy coordinator for Blessed Trinity Catholic Community, Missoula, and Spirit of Christ Mission, Lolo, Mont.

“In all these years, I’ve learned some Spanish words and a lot of music, but I have never had concentrated Spanish language study,” Sister Mary Jo says.

With approval from SCL leadership, she chose the Costa Rica program because her youngest sister Julie was in Samara for a 10-week sabbatical from teaching. To further her language skills, Sister Mary Jo hopes to find a group in Missoula that is also working to learn Spanish.