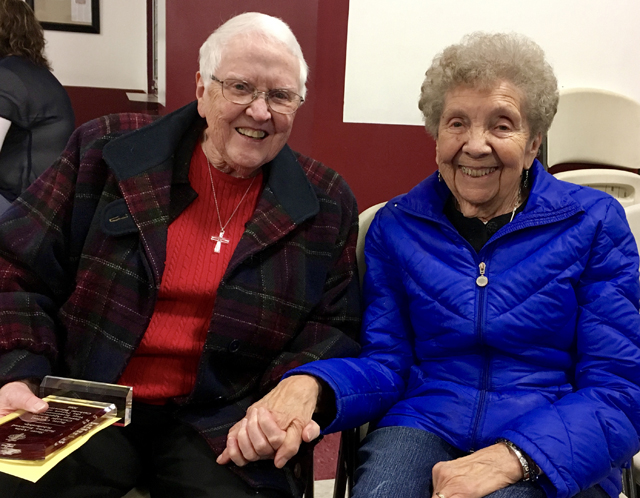 Sister Anita Sullivan received special recognition during the Distinguished Alumni Awards Ceremony at Butte Central High School on Monday, Jan. 28. A student taught by Sister Anita in the 1970s established an endowed scholarship in Sister’s name. The anonymous donor requested that preference be given to students interested in math which Sister Anita taught. Sister Anita is an alumna of Girls Central in Butte.

Sister Anita (left in the photo) is holding the award she received and sharing the happy occasion with Gert Downey, SCL Associate. Sister Anita sang at the wedding of Gert and Tim Downey in 1950. She was friends with Sister Lucy Downey, Tim’s sister who became an SCL. Sister Anita also taught most of the Downey children.

A lifelong educator, Sister Anita was a teacher, vice principal and principal. In her last role, she was operations manager for Leavenworth Catholic Schools.