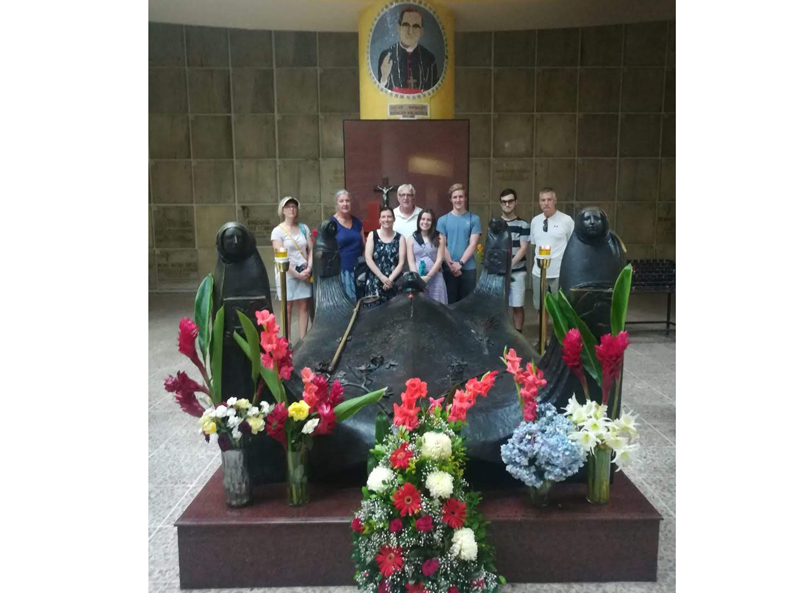 Her mission trip to El Salvador earlier this summer impressed Roxanne Netemeyer, SCL Associate, with lasting memories of the generosity and gratitude of the people of this Central American country.

Roxanne and her husband Mark were among the delegation of nine persons from Good Shepherd Parish, Shawnee, Kan., who traveled to El Salvador June 4 to 12. Roxanne describes this as a rigorous and packed journey filled with incredible people who want to make their country safe in spite of years of civil war and the violence perpetrated today by criminal gangs.

The Netemeyers spent four days in El Buen Pastor, a community with which Good Shepherd Parish has had a relationship for 32 years and which adopted the Spanish version of the parish’s name. This community consists of 32 families living in 29 houses. They share a community garden managed by the women who also operate a tilapia farm. Good Shepherd parishioners originally supported the construction of a two-room school in El Buen Pastor. The government subsequently funded expansion to four rooms to allow children from surrounding communities to attend.

The delegation met with the “Directiva” – a committee of members that organize community activities and clarify goals. Roxanne explains that the Directiva members are very conscious and careful about who lives in the community with no gang members allowed. In their interactions with the women’s group, the Good Shepherd parishioners purchased needlework and handcrafted items to sell at a parish fund-raiser to benefit the community. They also met with students who receive scholarship funds from the Kansas parish to continue their education into middle school, high school and the university.

“They are very serious about the importance of education,” Roxanne observes. University students receiving Good Shepherd scholarships include three women, all of whom are mothers and two of whom work full-time.

The mission trip included opportunities to socialize with residents of the El Buen Pastor community. A deceased Good Shepherd parishioner left funds designated to take the group out to lunch; 132 people enjoyed the experience. The Kansas delegation hosted a bingo in which everyone won a prize. On another occasion, all households received a bag of over-the-counter medications and soccer balls.

The remainder of their time in El Salvador, the mission group visited sites where modern day martyrs lost their lives. They attended Mass in the chapel where St. Óscar Romero died and another Mass offered by Cardinal Gregorio Rosa Chávez. They also went to Mayan ruins and hiked through a natural forest.

At the ruins, Roxanne met a man who shared that St. Óscar Romero, then a monsignor, had married him and his wife. She encountered a woman in the El Buen Pastor community who was tortured and jailed during the civil war because officials thought she was sewing for the guerrillas. Roxanne saw forgiveness personified in the Catholic Relief Services worker who visited gang members in prisons to try to change their lives.

Exemplifying the deep gratitude from the El Buen Pastor community, she shares the heart-warming words of a 14-year-old who said, “We look forward to these four days of your visit all year long.”

Pictured above: the group at the tomb of St. Óscar Romero. 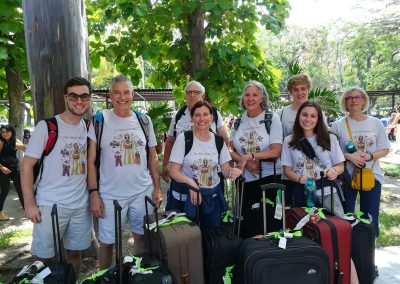 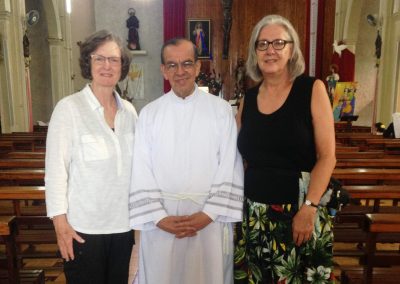 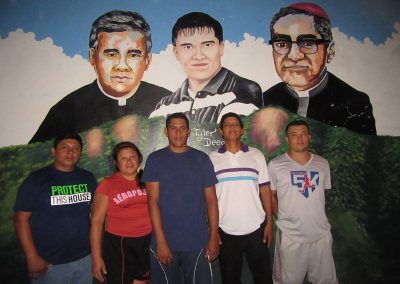 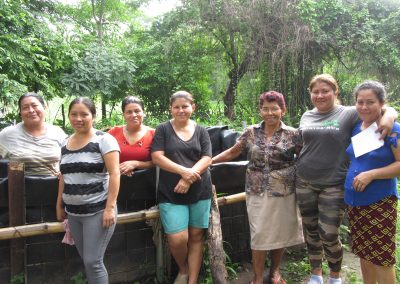 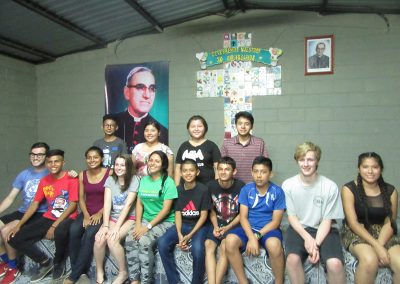 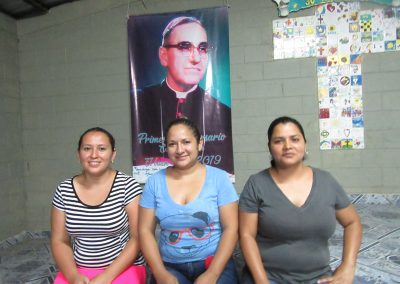