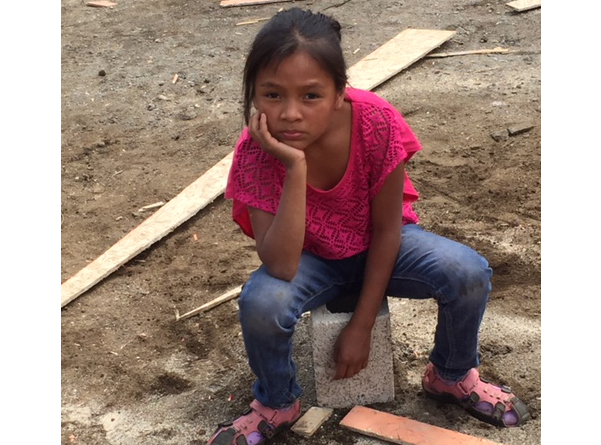 Seven Nicely family members joined 25 others on the week-long mission trip to Guatemala July 6. It took two school busses to haul us and our luggage from Guatemala City to San Andres Itzapa, the small town in the mountains where we worked building cook stoves, chicken coops and tiny houses for families in need of them. As occurred last year, cold cans of Gallo beer were passed out to the weary travelers on the bus.

The Nicelys included SCL Associates Steve and Marcia, our son, Chris and daughter-in-law, Sharon, and their son, John, 18, who was adopted from Guatemala as a toddler, all of whom were back for the second time. Joining us for the first time were grandsons Donovan, 16, and Grant, 15.

Our home for the week was the fort-shaped Carmelite Convent where 35 Mayan sisters cooked for us, cleaned our rooms and organized our work projects in small groups of five or six volunteers. A translator and a craftsman went with each group on two projects each day. The sisters remained in the convent. When we returned in late afternoon, some of the sisters were praying in the chapel while outside in the courtyard a party atmosphere often prevailed. The cost was $1,400 per person covering all expenses.

At one of the work sites last year, Marcia held a baby and said to John, “Isn’t this the most beautiful baby you have ever seen?” John responded, “Grandma, these are my people.” John was apprehensive about returning to Guatemala, but not for long. After this trip, he said he wants to go on two mission trips next year. Donovan and Grant also have asked to return next year. I asked them why.

John: I want to go back to be with my people and communicate with them in their language that I am learning. I want to understand the differences between our lives, and theirs in a third-world country. The people are the same no matter how much we have and they don’t, but they struggle and need our help. The experience changed everyone in our family, and it made me more humble.

Donovan: It feels good to give back to people who have less, and it’s very humbling to see how much more we have compared with them. It’s a good experience, and everyone should get a chance to do it. All the translators and nuns were really nice. I had the opportunity to toss a football back and forth with nuns. It was fun.

Grant: I had no idea what to expect. I was surprised that everyone there was the same as us except they were born into poverty, and we were not. I agree with John and Donovan. It was humbling. I liked meeting and talking with the translators, and I look forward to seeing them again next year.

Nativity Parish in Leawood organizes two mission trips a year, and most of our travelers were from there. Other mission trips go annually from Rockhurst and Notre Dame De Sion high schools and St. Thomas More Parish.

Security was an issue. We never went anywhere unescorted and always in groups. But we never caught a hint of danger in our travels. The people of Guatemala were gracious to us, always smiling, and – there’s no other way to say it – beautiful.

A highlight for our family was reconnecting with 9-year-old Leslie, the little girl (pictured above) who touched my heart last year with her enthusiastic help in building a cook stove. As we were leaving, “Audios Leslie.” She gave me a hug, then ran after me and gave me another hug. She is a bright, beautiful little girl with two younger brothers.

This year we finished the construction of a tiny house for Leslie’s family. Her mother, Candelaria, told us about the death of her husband three months ago and how she, too, wanted to die. Her involvement in a women’s group sponsored by the convent gave her strength to live, she said, and our presence was another source of strength. The Nicely family will be keeping close contact with this family with our prayers and support.

San Andres Itzapa is about the same altitude as Denver with similar weather. Guatemala is a land of beautiful volcanic mountains with flowers like those of Hawaii. But it’s a land of extreme poverty where all cooking is done with wood and where the smoke lingers in the air. Sanitation is almost nonexistent, and trash litters the streams.

Many of the people seeking asylum at our southern border are from Guatemala. They are depicted by the Trump administration as criminals. I suppose some are, but I feel certain the vast majority are not. They seek the same opportunities that many generations of immigrants in the past have sought in the United States of America. 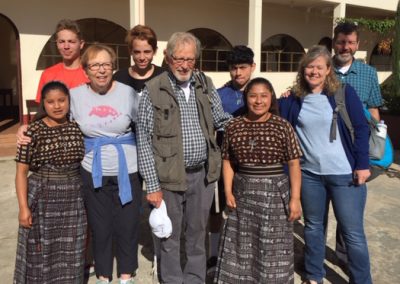 Members of the Nicely family with the hosting sisters. 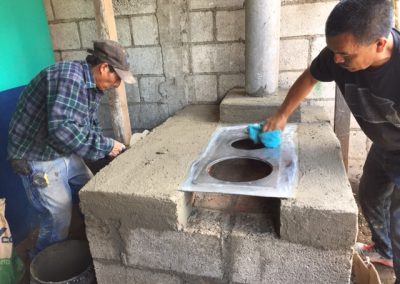 Final touches to the cook stove. 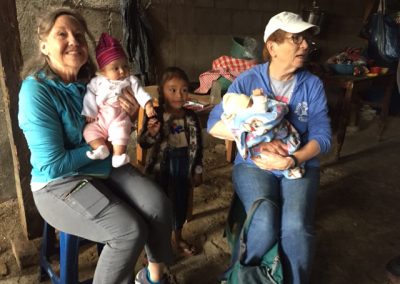 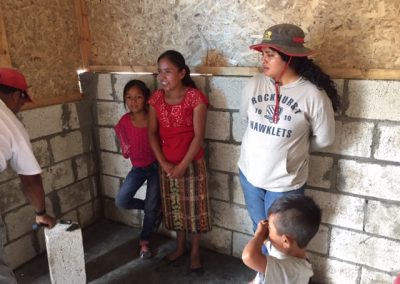 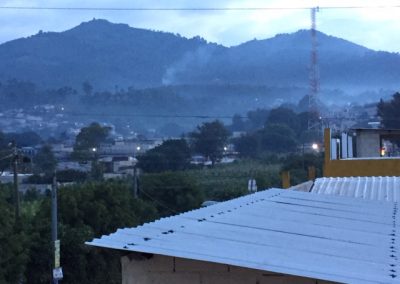 Wood smoke lingers in the air. 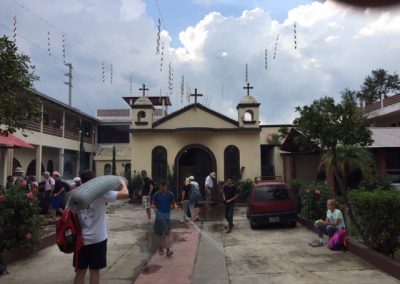 The group returns from their projects.