“But at its deepest level, racism is a soul sickness. It is a profound warping
of the human spirit.” – Fr. Bryan Massingale

The Seeking Racial Justice Interest Group began in 2021 as a response to the ongoing national conversation about racism and racial violence in the United States, particularly in the wake of police killings of Black Americans. The interest group has largely focused on studying and developing a deeper understanding since its creation, but it has also released several statements, one which condemns the recent surge of anti-Asian racism and violence.

“To work for equality and equity among all people, focusing on personal and societal transformation and reconciliation on behalf of racial justice.” 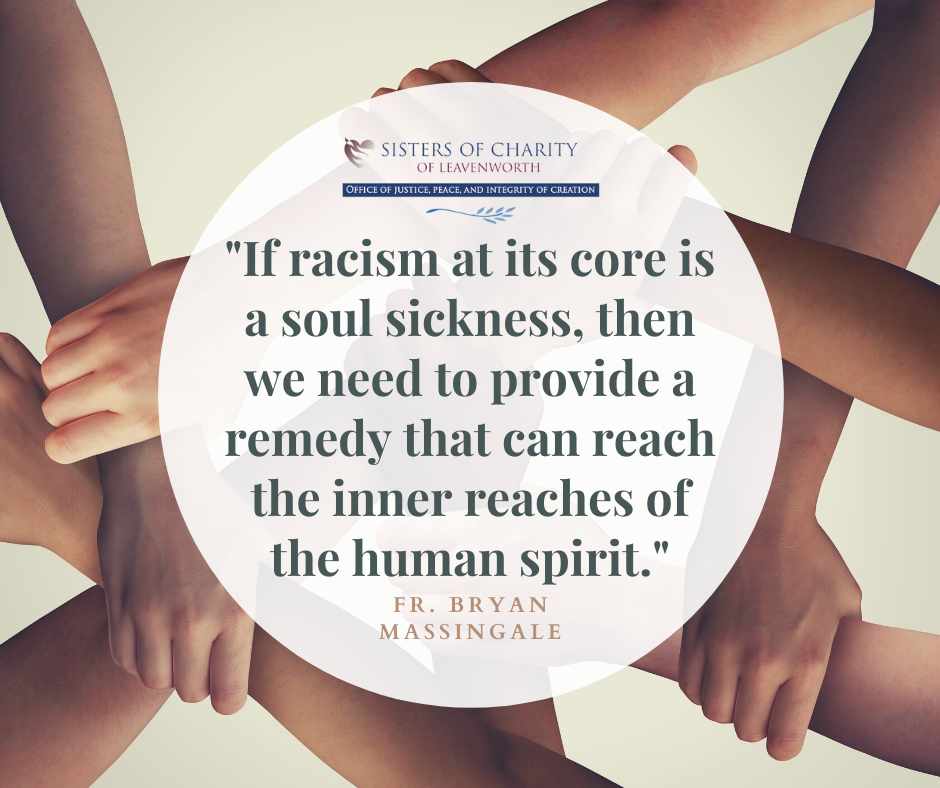