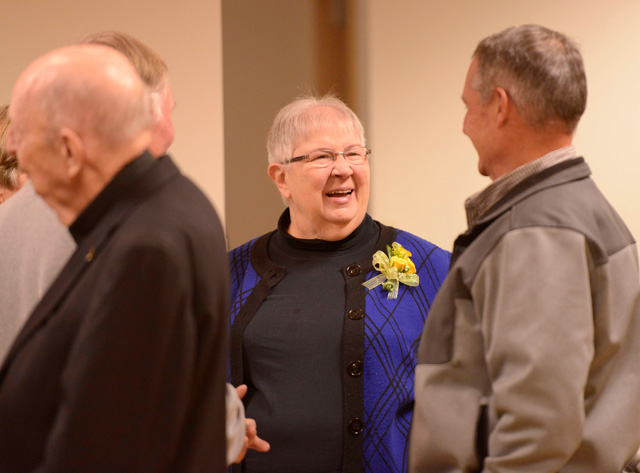 On Thursday, Nov. 15, the Diocese of Helena celebrated Sister Rita McGinnis on her 19 years of service to the local Church. Friends and colleagues from across the diocese gathered in the Brondel Center at the Cathedral to honor Sister’s time in Montana and bid her a fond farewell as she prepares for her return to Kansas.

Sister Rita first came to the Helena Diocese as an educator, teaching speech and theater at Billings Central and Butte Central Catholic Schools on two different assignments. She returned in 1993 to take on a role in the Pastoral Office in Chancery Services, where she put her educator’s spirit to good use helping orchestrate initiatives in social justice and spirituality. After a six-year hiatus to serve on the SCL Community Council in Leavenworth, then Bishop George Leo Thomas invited Sister Rita back to Helena to direct pastoral planning. She championed two transformative diocesan pastoral plans during this time.

During the recognition program, several speakers from the Chancery and the SCL Community thanked Sister Rita for her leadership, hospitality and outstanding organization which inspired, motivated and helped so many to feel the Lord’s great love in their lives. 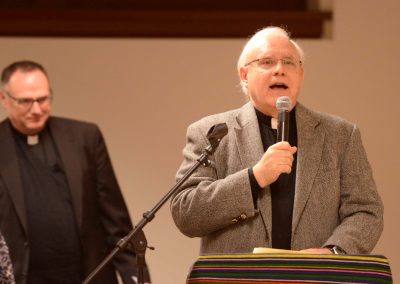 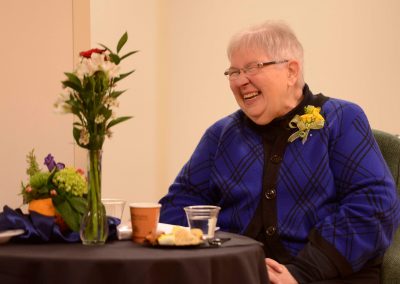 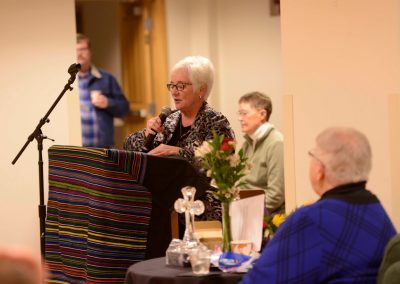 Sister Mary Jo Quinn, SCL, talks about Sister Rita’s impact on the diocese and other Sisters. 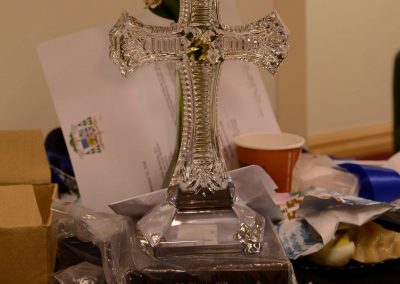 Sister Rita received a cross and plaque given to recognize her time and service to the Diocese of Helena.