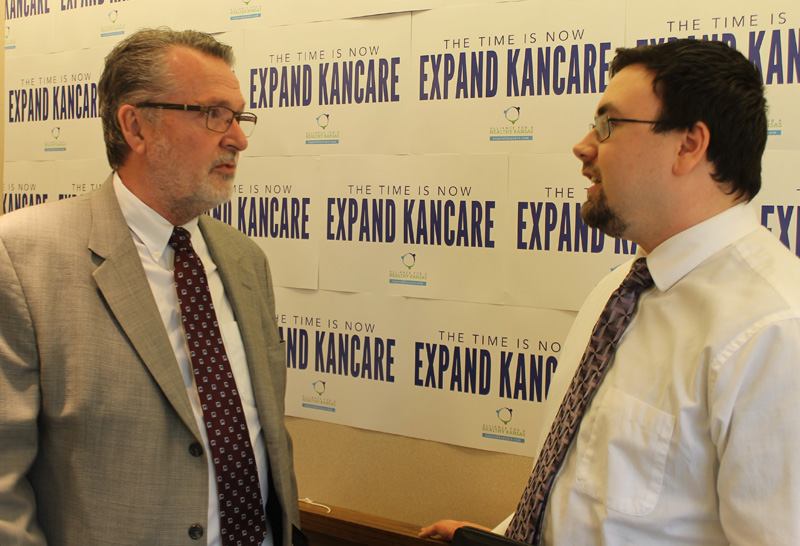 Emphasizing both economic and moral imperatives to expand Medicaid in Kansas, Lt. Gov. Lynn Rogers encouraged persons attending the April 24 KanCare Rally in Leavenworth to contact state senators to express their support of this legislation.

The lieutenant governor (pictured above left with John Shively, SCL Office of Justice, Peace, and Integrity of Creation) explained that the first hurdle is getting the bill out of committee and to the floor of the Kansas Senate for debate. The House passed the expansion legislation this spring, but a few senators are preventing the bill from being formally discussed in the Senate. A vote is scheduled May 1 to allow this debate to occur. If that vote passes, the Senate will then discuss Medicaid expansion and bring that legislation to a vote.

“What I’m hearing in my travels around the state is that there is a great economic imperative for expanding Medicaid,” Lt. Gov. Rogers said. He cited job creation and relieving the burden of uncompensated care for hospitals and mental health centers.

Even more important than the economic imperative, the lieutenant governor continued, is the moral imperative for KanCare expansion. “It’s a people issue,” he said, sharing stories about uninsured persons delaying care and subsequently dying, or others who have no recourse but to use costly services of hospital emergency rooms.

Lt. Gov. Rogers and Kansas Rep. Jeff Pittman (District 41) both sought to dispel myths associated with Medicaid expansion. They noted that of the 150,000 Kansans who will benefit from expansion, many are employed but earn too much to qualify for Medicaid and too little to afford insurance. This number includes 7,400 Veterans. Rep. Pittman stressed that states routinely accept federal allocations for roads and other infrastructure. He called the 90 percent federal/10 percent state ratio for Medicaid expansion a “no risk situation that helps our Kansans.” Kansas has already forfeited $3 billion in federal funds by not expanding Medicaid.

The Office of Justice, Peace, and Integrity of Creation (JPIC) of the Sisters of Charity of Leavenworth sponsored the April 24 KanCare Rally hosted by Saint Vincent Clinic, Leavenworth. John Shively, coordinator of the JPIC office, said an estimated 70 to 75 persons attended the rally. “We appreciate those who joined us and encourage them – as Lt. Gov. Rogers did – to contact Kansas state senators to voice their support of this very important legislation at this very critical time.” 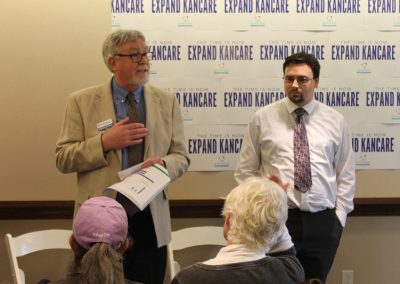 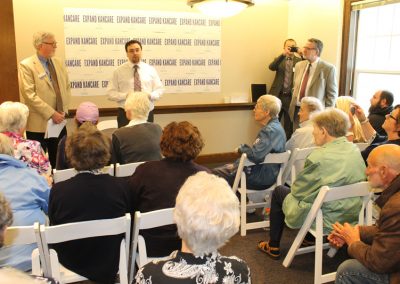 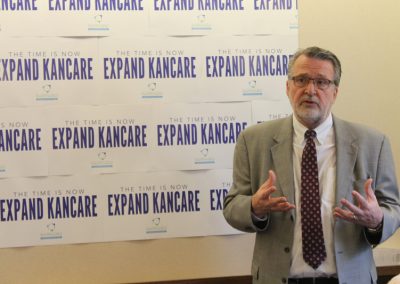 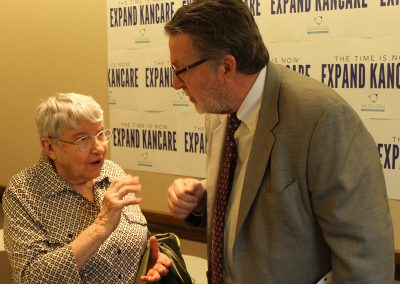 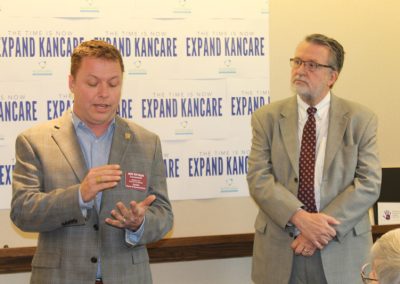