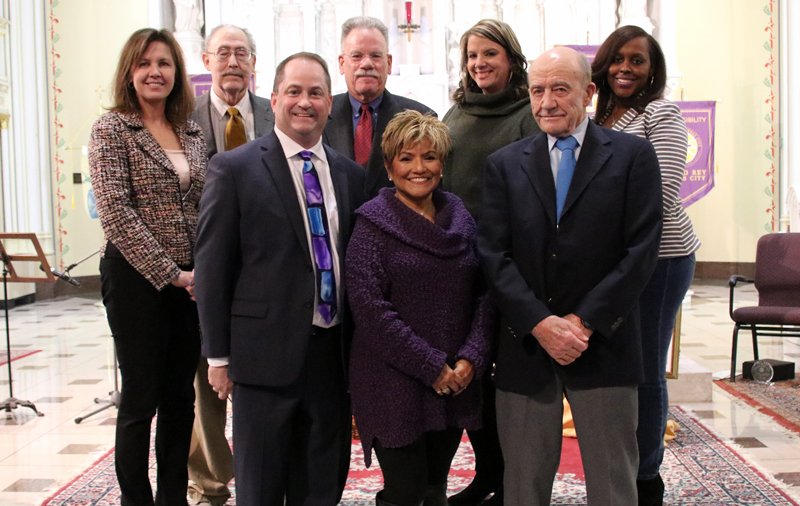 About the Founders’ Award recipients:

John Altman: When Cristo Rey needed a director to create and deliver Dancing with the Kansas City Stars, the high school’s signature fund-raising event, planners turned to John. He has devoted countless hours consulting on scripts, managing rehearsals, and inspiring each and every person – year after year – to give his or her personal best.

Blue Cross Blue Shield of Kansas City: In the early days of Cristo Rey, Blue Cross Blue Shield KC underwrote the cost of student workers at Cabot Westside and Samuel U. Rogers Health Clinics. Today, Blue KC has two teams of students working in the organization’s headquarters and took the weight off of the school’s technology budget by donating Surface Pro computers for student use. Most importantly, the Blue KC team helps students learn to work. . .and, work to learn.

Gary Kruger: Gary served as campus minister at Cristo Rey and built the Junior and Senior Christian Leader Program, which gave upperclassmen the opportunity to take a spiritual lead of peers. In addition, he coached cross country and baseball, positions he kept long after he formally retired as campus minister. Gary may have left the day-in-day-out schedule of campus ministry and athletic coaching, however, he can be found several days a week in the halls of Cristo Rey serving as an academic coach for students needing additional help in English and history.

Yolanda McGill: Wanting to help Cristo Rey, her granddaughter’s school, Yolanda raised her hand at a community meeting and became a general volunteer. She answered phones in the main office, greeted guests to the building and did whatever she could to make Cristo Rey run smoothly. Then, she became part of the Institutional Advancement team. Every year and multiple days a week, Yolanda methodically registers all guests and seats them in the ballroom for Dancing with the Kansas City Stars. She’s at the event to make things ‘just right’ for the more than 1,000 guests.

Don Miller: Inspired by newspaper accounts, Rita and Don Miller started writing letters to the very first graduates of Cristo Rey. Written like a trusted family friend, the letters congratulated the grads and encouraged the teachers. While signed, “Rita and Don,” the handwriting was clearly that of Rita, and the subject hit the mark for what students and teachers needed to hear. At back-to-school time in 2015, the handwriting changed, and the letters were signed, “Don.” Rita had passed. Don remains a positive force in the world and helps keep spirits high. 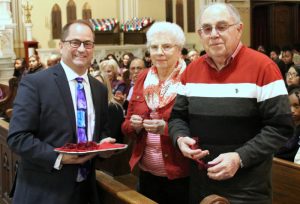 Also recognized at the special ceremony held in Redemptorist Church were members of the Cristo Rey Legacy Society, including Kitty and Len Bronec, SCL Associates, founding members. All Legacy Society members in attendance at the ceremony received medals that were made for Cristo Rey. Students receive these bronzed medals in place of class rings; their dates of graduation appear on the back of the medals. The medal has the Cristo Rey emblem or icon – the rays and cross – inscribed on it. Presenting the medals to the Bronecs is John O’Connor (left), president of Cristo Rey Kansas City.