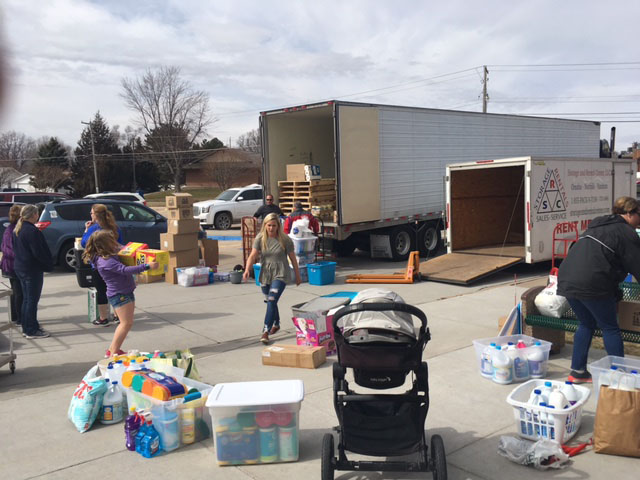 Flooding in Nebraska has reached near epic proportions this spring with 81 of the state’s 93 counties plus five tribal areas declaring emergencies. Sister Catherine Bones, pastoral associate, St. James Catholic Parish, Kearney, Neb., says that in the midst of the devastation, people have been helping people, farmers rushing to help their neighbors.

While Kearney, where Sister Catherine lives and ministers, had minimal flooding, most of the state sustained damages with both short- and long-term effects. In Buffalo County in which Kearney is located, 11 bridges are out. Repair and/or replacement will take months and possibly years. 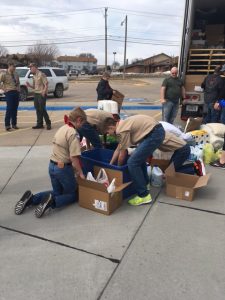 In other communities, bridge outages have resulted in lengthy detours for travel to schools and for 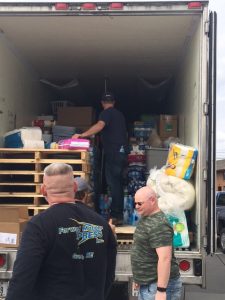 h 8 to 12 inches of sand that is difficult to remove. With Nebraska the number three state in the nation for food production, shortages and rising prices could be outcomes of the flooding.

“The devastation has been widespread,” Sister Catherine explains. “It’s been de

The St. James Parish community responded by sending supplies from Kearney to the Butte, Neb., area. A semi-truck in the church parking lot (photos above) was the collection point for non-perishable items ranging from granola bars to toilet paper. Walmart donated two pallets of water. What the Butte community didn’t use was taken to other areas in need. St. James parishioners also contributed to a flood relief special collection.